In Review: Lord of the Dance: Dangerous Games at the Palace Theatre 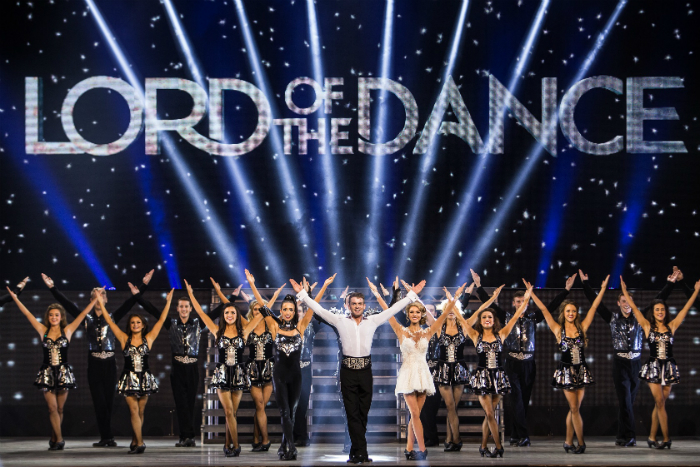 Michael Flatley’s Lord of the Dance: Dangerous Games has returned to the UK for a 23 city nationwide tour following the success of its 2015 tour.  This run sees the show at Manchester’s Palace Theatre for five days, 11-15 April 2017.

The lead role of The Lord is performed by Manchester dance James Keegan, hand-picked by Michael Flatley himself.

What’s Lord of the Dance: Dangerous Games about?

Told through the dreams of the Little Spirit (delightfully and energetically performed by Jess Judge), Lord of the Dance: Dangerous Games is the classic tale of good versus evil.  Little Spirit dreams of The Lord and his Chieftains, representing all things good, fighting against the evil Dark Lord and his army of Dark Disciples.  Throw into the mix Morrighan the Seductress who comes between the Lord and his true love Saoirse, and Little Spirit’s dream could soon become a nightmare from which she cannot wake.  Erin the Goddess narrates the story through song.

With a number of nods to Flatley’s love of boxing (the opening  sounds bites and on-screen build up seem like the introduction to a boxing bout; The Lord appears to wear a championship belt; and Little Spirit even parades the belt around in a style akin to a ring-girl towards the end), the production leads to a battle between the two opposing sides.

Is Lord of the Dance: Dangerous Games any good?

Absolotely.  It’s incredibly entertaining.  There are so many excellent features of Lord of the Dance: Dangerous Games to rave about.  Most obviously are the dancers.  To describe them as phenomenally talented is quite the understatement.

Flourishing in the lead, James Keegan glides effortless across stage, covering it with ease.  It’s a strong performance and one which justifies the title of The Lord.

Lord of the Dance: Dangerous Games is at its best when the entire ensemble is on stage.  Watching them perform in unison is an awe-inspiring sight.  The skill, speed at which they move and the almost unerring accuracy is quite something.  As their feet and legs move in harmony, their agility thrilling the audience, you can only image the blood, sweat and tears which have gone in to perfecting the routines.

The costumes are undeniably excellent and incredibly varied.  Traditional attire gives way to gym wear at times.  Ornate mystical masks and cloaks are just as often featured as heavy-duty intricate sci-fi outfits (you can only guess how hot they were to wear in the pyrotechnic scenes). 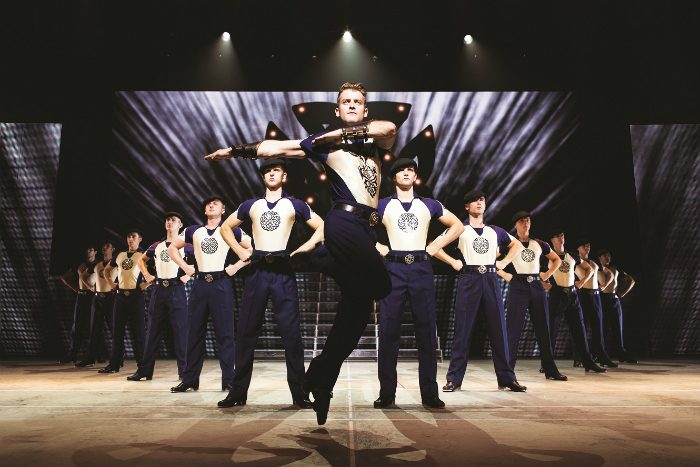 The stage setting is simple, with one set of stairs leading to a raised stage above the main area.  But the action takes place in front of a screen which takes up the entire back-drop.  Initially appearing as though it may be too imposing, however, it works extremely well, complementing rather than detracting from the incredible dancing on stage.

Besides the obvious talents of the dancers, a special nod should go to Giada Costenaro Cunningham and Nicole Lonergan, whose fiddle performing is stunning.

The Palace Theatre has hosted a number of excellent dance shows over the last few years, from Keep Dancing to Giselle and The Nutcracker to the English National Ballet’s Romeo and Juliet.  In terms of performance, choreography, costume and setting, this is as good as any of them.

The story telling lets it down slightly.  At times Lord of the Dance: Dangerous Games seems confused – one moment we are in a world of mysticism and mythology (Greek masks, druid-like costumes and even unicorns on the screen); the next we have what appears to be a battle between opposing cyborgs, one side of which make their first and last appearance in a period of little more than 30 seconds with no explanation as to who they are or where they have come from.  But this does not detract too much from the overall enjoyment of the show.

Some may prefer a greater emphasis on the large, impressive group dances and fewer numbers by the singer or fiddle players (although the fiddle players were one of the highlights).  It’s fair to say that the whole troupe dances are certainly those which brought about the greatest cheers.  But the show as a whole is excellent.

Overall, Lord of the Dance: Dangerous Games is highly enjoyable and entertaining.

When does Lord of the Dance: Dangerous Games run at the Palace Theatre?

Lord of the Dance: Dangerous Games runs at Manchester’s Palace Theatre until Saturday 15 April.  Tickets from £42.65.