In Review: Keep Dancing at the Palace Theatre 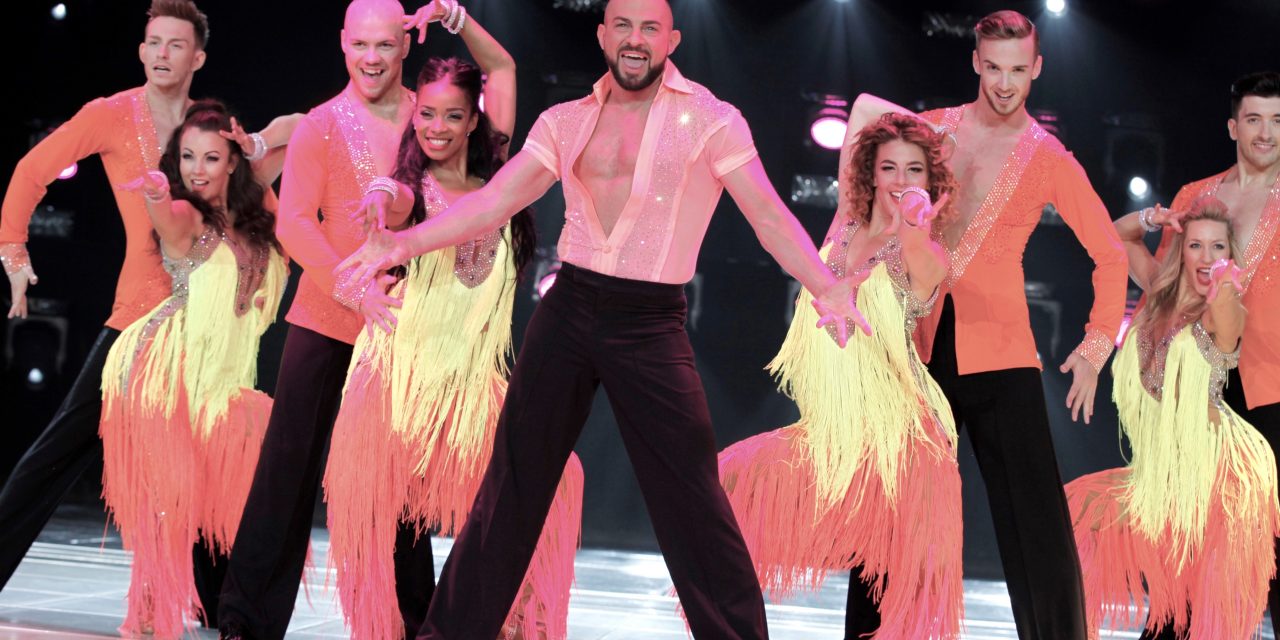 With Strictly Come Dancing recently returning to the small screen, it’s perfect timing for Keep Dancing to reach the Palace Theatre.  In many ways, it’s taken substantial inspiration from the award winning BBC show – the staircase, the band, glitterball and the voiceover all featuring heavily.  Not to mention former Strictly professionals Robin Windsor and Anya Garnis and 2012 winner Louis Smith all starring in the show.

There’s no story to Keep Dancing, instead it’s a series of songs and musical pieces grouped into themes – amongst them Latin, Contemporary and Swing.  And it moves with quite a pace, cramming an incredible 37 pieces in to two acts.  With popular pieces including You Should Be Dancing, She Bangs, I Put A Spell On You and There’s No Business Like Show Business there’s certainly enough in there to keep the audience interested.

The singers and percusionists are featured heavily in the show.  Vocalist Harriette Mullen stands out amongst the singers and her rendition of A Thousand Years is excellent.  In fact, the song is one of the highlights of the night – the dancing (Robin Windsor and Anya Garnis) is sensational; elegant, precise and filled with emotion and the effect of having the singer at the bottom of the steps rather than tucked away at the top, almost shadowing the dancers, is wonderful.

Percusionists Joelle Barker and Adam Green are also excellent, performing some sensational extended musical interludes as Keep Dancing shows that there is more to it that just dancing.

Overall the dance ensemble is tight, although in the first act there are a few misplaced steps and some timing issues.  It’s not enough to detract from the performance, but is noticeable.  There’s also the odd number which lacks bite – New York, New York for example seems laboured, lacking pace and energy.  The second act, however, sees the ensemble performing excellently.  In the opening few Latin themed songs, they are sensational.  The tempo is up, the choreography is filled with passion and energy.  Yanet Fuentes in particular thrives.

Robin and Anya, however, are in a class of their own.  The speed and precision with which they move is incredible.  Their routines are stunning, and it is clear why they have had such successful careers.

Unfortunately, special guest Louis Smith who appears in five of the pieces does not quite hit the mark.  It’s slightly unfair that he’s surrounded by professionals and is ultimately compared with performers who have spent the majority of their life on stage.  In the company of other Strictly contestants, he is no doubt a stand out performer.  Here, however, he appears, by comparison, stiff, tense and out of his element.  Some impressive gymnastics moves, however, do provide some high spots and his enthusiasm is there for all to see.

Overall, the highly enthusiastic audience is kept thoroughly entertained.  There are enough high spots to cover the occassional blip and the performances of Robin and Anya are of such a high standard that that they leave a suitably lasting impression.