In Review: Romeo and Juliet by the English National Ballet at the Palace Theatre 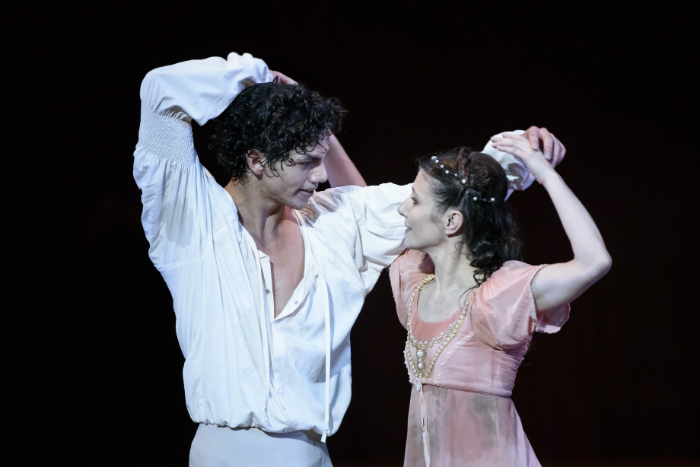 There’s a calm and quiet which falls upon the audience as the wonderful orchestra, conducted superbly by Gavin Sutherland, start to play the opening bars.  The lengthy introduction is magnificent, grand and sets the scene.

As the curtain rises we were introduced to the city of Verona, torn apart by battling between the Capulets and Montagues.  A cart filled with dead bodies stands testament to the rivalry between the two gangs.  The tragic tale of love, loss and despair written by Shakespeare, scored by Prokofiev and choreographed by Rudolf Nureyev is set to break hearts. 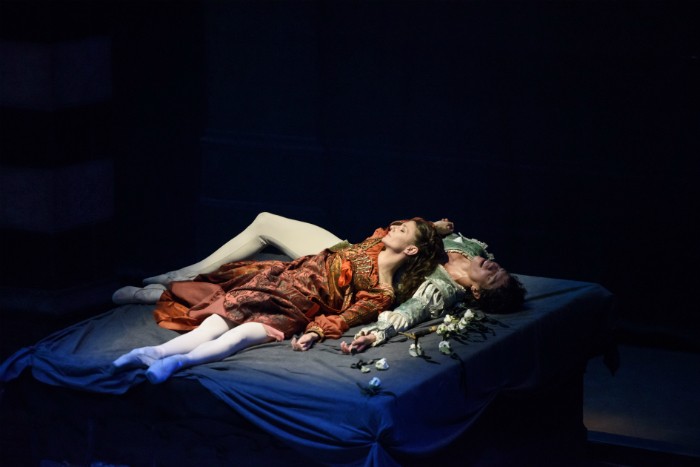 It is not long before we are introduced to Romeo and Juliet.  The interplay between the two is beautiful and our two protagonists are perfectly cast.  Alina Cojocaru as Juliet, in particular, is sensational, displaying poise, character and undoubted talent.  She portrays her character’s tender age exceptionally well through the stunning choreography, dancing as if she were weightless, whilst allowing Juliet to develop from shy virginous girl to passionate lead.  Similarly, Isaac Hernandez as Romeo performs his role with exceptional talent, swaying from hopeless, young  romantic to impassioned, then grief stricken husband.

But this is not to ignore the rest of the Company.  In truth and, as expected from a Company such as the English National Ballet, each performance is nothing short of outstanding.  The supporting cast and ensemble all executing every step, pirouette and leap to an impossibly high standard.

The production makes use of light hearted moments particularly well, with an early chuckle from the crowd as Romeo makes a slightly bawdy attempt to woo Juliet on first meeting her.  A fight scene filled with pelvic thrusts, hand motions and mocking also brings laughs from the audience.  But it is Fernando Bufala as Mercutio who frequently becomes the scene stealer through his witty, humorous portrayal of Romeo’s close friend.  In fact, in his death, he sums the character up perfectly – with no script to aid him in the delivery of the pun “ask for me tomorrow and you shall find me a grave man”,, the scene is perfectly choreographed as he leaps about the stage, intermittently clutching at his side where he was stabbed by Tybalt and throwing his hands in the air with a smile on his face as if joking about something amusing, leading his friends to believe that it is all play acting – until he falls down dead. 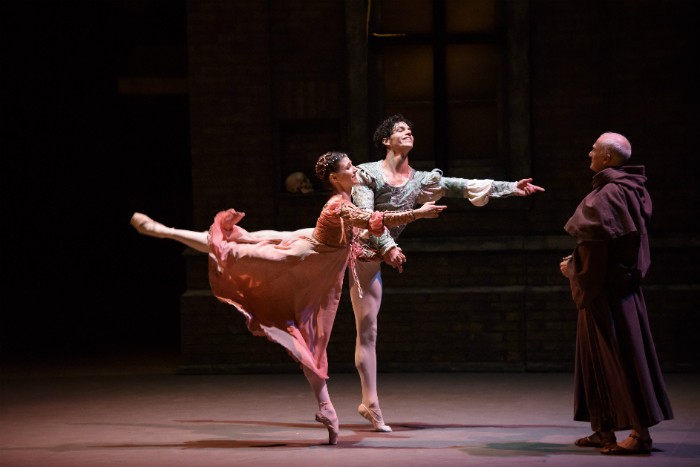 Tybalt, Juliet’s cousin, played by James Streeter is also strong and powerful, menacingly making the stage his own with his dramatic stage presence.

One particularly standout scene of the production comes in the form of the Ball, with the orchestra performing Dance of the Knights impeccably.  The scene is nothing short of sensational as the Capulets fill the stage in their lavish, ornate and symbolically blood-red attire, to deliver the most stunning dancing imaginable.  The lengthy balcony scene also wows fans with its abundance of arabesques and coupes-jétes as the young couple express their love for one another.

The show is a phenomenal success and the audience leave, thrilled by an incredible display of ballet and beautiful musicianship.

English National Ballet’s Romeo and Juliet is performed at the Palace Theatre Manchester until Saturday 2 November.