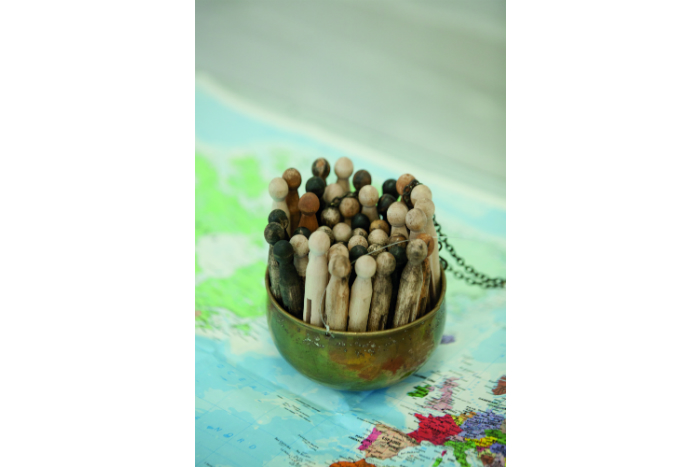 Z-arts, alongside Manchester International Festival, Theatre-Rites and Ruhrtrieniale Festival of the Arts have commissioned a new production, The Welcoming Party.

The Welcoming Party, which will be performed at the 1830 Warehouse of the museum of Science and Industry in July, will be a site-specific mix of installation, live music, puppetry and dance for families and children.  The production will follow the stories and real life experiences of journeys.

What is The Welcoming Party about?

The Welcoming Party is a production suitable for children aged 8 plus.  It will be performed by an international ensemble and explore a range of welcome rituals from different cultures.  The Welcoming Party will look at the power of the personal and collective gesture, big and small.  It draws on the company’s personal experiences collected during a six week devising process.

During the production, Theatre-Rites will tell stories from around the world across the different spaces of the 1830 Warehouse.

Speaking of the production, Director Sue Buckmaster said:  “I would like to encourage our audience to ask: Why would they join the Welcoming Party? Why would others not join? What different reasons do we have for why we would join? The young people in our audience will certainly be bombarded in their future by requests to join and sign up to many causes and kick starter schemes which will influence their society and the way they make choices. So it feels right to give them a chance to “play” with this idea.”

Where and when The Welcoming Party be performed?

The Welcoming Party, co-commissioned by Z-arts, will be performed at the 1830 Warehouse in the Museum of Science and Industry.  Audiences will move through the historic warehouse, whilst being invited to explore how we can offer a welcome to people who are on a journey to find a place to call home.

Performances of The Welcoming Party will take place on:

The Welcoming Party is a collaboration between Z-arts, Manchester International Festival, Theatre-Rites and Ruhrtrieniale Festival of the Arts.