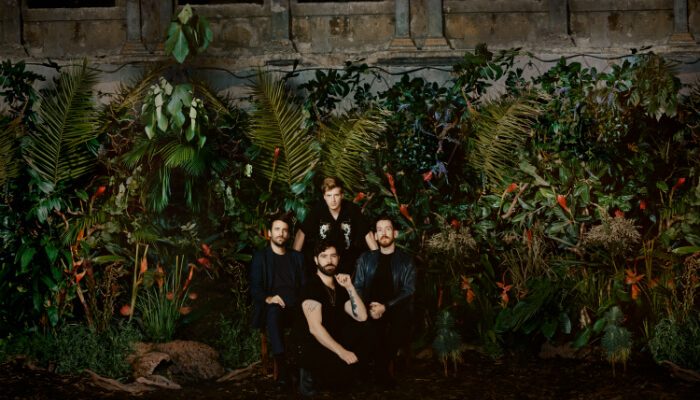 Sounds of the City will return to Castlefield Bowl in Manchester in July 2020 for a series of concerts featuring Foals, Lewis Capaldi, Kaiser Chiefs and more.

The annual series of gigs will feature eight events from 1 – 11 July with headliners now announced and a series of special guests still to be confirmed.

Castlefield Bowl has previously hosted the likes of Kylie, Elbow, Noel Gallagher’s High Flying Birds, Catfish and the Bottlemen and The Courteeners.

The opening night will be headlined by Foals at Castlefield Bowl following the release of their first even number one album, the critically acclaimed Everything Not Saved Will Be Lost – Part 2.  Their previous release had garnered their third Mercury Music Prize nomination and a Best Album award at the 2019 Q Awards.  The gig seems them headlining in Manchester again following their gig at Victoria Warehouse.  They will be joined at the event by Everything Everything.

Crowded House will be kicking off the next chapter of their story with a new line up on Thursday 2nd July for their first headline date in the city in 10 years.  Crowded House is a long standing and much-loved vehicle for the song writing talents of Neil Finn. Formed in Melbourne Australia in 1985 their eponymous self-titled debut album went on to global success with the hits Don’t Dream It’s Over and Something So Strong. With 4 studio albums and success worldwide, becoming particularly beloved for their freewheeling and interactive live shows Crowded House were inducted into the Aria Hall of Fame in 2016, at the same time reprising Farewell shows at the Sydney Opera House with 3 nights of stunning performances. Following Neil’s surprise star turn and a very successful world tour with Fleetwood Mac, Neil and Nick Seymour have been energized and inspired to begin a new chapter in the Crowded House story.

Gearing up for their huge UK arena tour in January Kaiser Chiefs will be taking over Castlefield Bowl on Friday 3rd July. Having released their seventh studio album ‘Duck’ this summer to wide critical acclaim the record is the sound of one of the most successful British guitar bands of the millennium. This sees them reclaim the creative swagger that underpins their strongest work and harks back to the everyday explorations of their breakthrough early albums. Fifteen years into their career, the band are hitting new artistic peaks. Kaiser Chiefs will be joined by very special guests, indie-rock elite Razorlight who will also be touring with them on their arena tour next year.

Currently in the middle of a huge sold out UK tour Lewis Capaldi will return to the city on Wednesday 8th July. Continuing to break records and capture the nation 2019 has cemented him as an international superstar. With his debut album spending six weeks in total at #1, it was certified platinum in just 10 weeks, is fast approaching half a million sales and has just become the biggest selling album of the year. Becoming the biggest streamed week 1 debut of all time, the album also spawned the smash hit single of the year in ‘Someone You Loved’, which spent 7 weeks at the summit of the Official Singles Chart and has become Lewis’ first ever US number 1, as well as bagging him his first Grammy nomination for Song Of The Year. Lewis has also recently announced a UK arena tour for March 2020 which includes his biggest ever headline shows to date.

Sydney’s DMA’S will headline Castlefield Bowl on Thursday 9th July. Since bursting on the scene back in 2015 they have not stopped with thrilling and anthemic shows all over the world. Following the release of their new single ‘Silver’ in October the band have joined Liam Gallagher on the opening seven dates of this month’s huge UK arena tour before they head out on a major UK tour in March. DMA’S are poised to make a major breakthrough with their third album, which will be released in April 2020. Their most recent record ‘For Now’ achieved their highest UK chart position at #13, boosted by huge ongoing daytime support at radio. An impressive 40,000 tickets were sold on their headline UK tours and their summer touring this year continued with main stage sets at festivals and outdoor shows. Support comes from special guests The Blinders and The Lathums.

Mike Skinner, aka The Streets, is a native of Birmingham/Barnet in the UK – a rapper, producer, DJ, singer, writer, actor who happens to have made some of the most important British music of this millennium. His debut album “Original Pirate Material”, released in 2002 is widely regarded to have changed the face of British rap music, and his second album “A Grand Don’t Come For Free” was a huge worldwide success spawning hit singles like “Fit But You Know It” and “Dry Your Eyes”. After 5 albums and over 5 million record sales, Skinner quit The Streets and worked on other musical projects as well as reinventing himself as a successful DJ playing Bass and Grime. In 2018 Skinner revived The Streets with his phenomenal touring band (which also features Rob Harvey of The Music on guitar/vox) for a rapturously received tour that continues into 2019 – and in 2021 The Streets will release a new album and his debut feature film, both entitled “The Darker The Shadow The Brighter The Light”. The Streets come to the Bowl on Friday 10th July.

Ending the concert series Haçienda Classiçal also returns with Manchester Camerata on Saturday 11th July for its fifth event at Castlefield Bowl in what has becoming an annual and signature event for FAC 51 The Hacienda in its home city. The clubbing classical cross-over concept has proved wildly successful and all the Castlefield dates have all fully sold out well in advance. The complete line up for Hacienda Classical Castlefield 2020 including support and DJ’s will be announced in due course.

As previously announced Paul Heaton & Jacqui Abbott will headline on Saturday 4th July. This sold out show follows the announcement of their fourth studio album ‘Manchester Calling’ and a major UK tour. Paul Heaton is one of the UK’s most successful songwriters, with some 15 million album sales under his belt. Along with Jacqui they have since released three acclaimed albums as a duo: ‘What Have We Become’ (’14) and ‘Wisdom, Laughter and Lines’ (’15) and ‘Crooked Calypso’ (’17).  Last year Paul released a career spanning compilation of his biggest hits and more entitled ‘The Last King Of Pop’.

Who is performing at Sounds of the City in Manchester?

When do tickets go on sale for Sounds of the City?

Tickets for Sounds of the City at Castlefield Bowl go on sale at 9.30am on Friday 29 November.