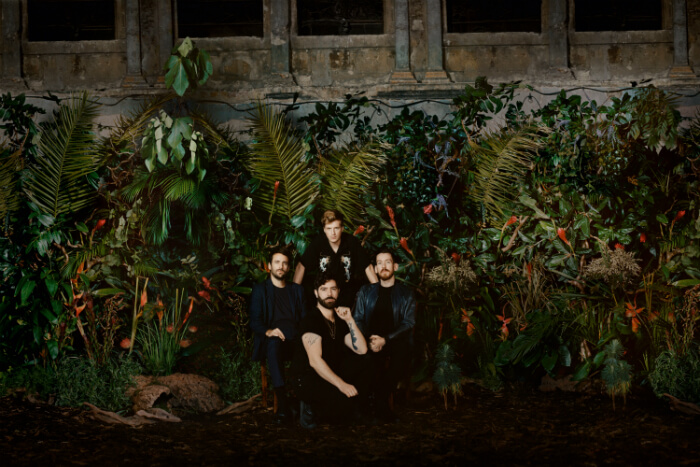 After the release of the first part of ambitious dual album project Everything Not Saved Will Be Lost – Part 1, Foals headline at Manchester’s O2 Victoria Warehouse.

The Manchester gig is the opening show of a seven date run for the Oxford band who have gone from chaotic house parties to festival headliners across Europe.

After more than a decade in as a band, Foals have again gone for the unconventional with what may be the most ambitious project of their career.  Everything Not Saves Will Be Lost is a pair of releases, separate but related, sharing a title, themes and artwork.

“They’re two halves of the same locket,” frontman Yannis Philippakis explains.  “They can be listened to and appreciated individually, but fundamentally, they are companion pieces.”

The 20 tracks which make up Everything Not Saved Will Be Lost are exploratory, progressive pieces which occasionally hit the 10 minute mark. The two albums also feature atmospheric segues.

“There’s a definite idea about the world being no longer habitable in the way that it was,” says Yannis .  “A kind of perilousness lack of predictability and a feeling of being overwhelmed by the magnitudes of the problems we face. What’s the response? And what’s the purpose of any response that one individual can have?”

“Lyrically,” he continues, “there are resonances with what’s going on in the world at the moment.  I just feel like, what’s the utility of being a musician these days, if you can’t engage with at least some of this stuff? These songs are white flags, or they’re SOSs, or they’re cries for help… each in a different way.”

‘Part 2’ of Everything Not Saved Will Be Lost will be released in the autumn.

When do Foals headline at Manchester’s O2 Victoria Warehouse?