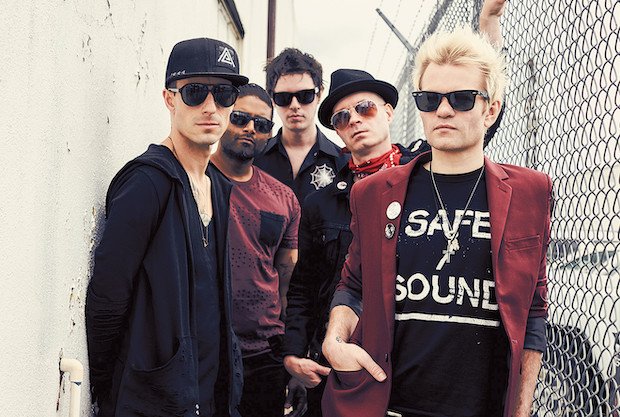 Sum 41 have announced four UK headline dates for June concluding with a Manchester gig at Victoria Warehouse.  The tour dates will feature around their previously announced summer European festival appearances.

Speaking about the tour, frontman Deryck Whibley commented, “We are doing a bunch of large festivals this summer and we thought it would be fun to do a few intimate shows – the UK felt like the perfect place for that!”

Details of the tour come after the band announced their seventh full length album Order In Decline will be released on 19 July.

The announcement also comes as the band reveal the first single and video for Out For Blood.

When do Sum 41 headline at Victoria Warehouse?

When do tickets for Sum 41’s UK headline tour go on sale?