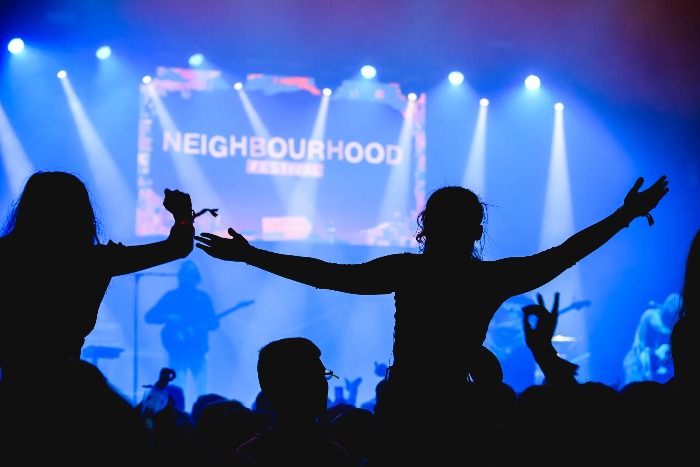 Neighbourhood Festival has become a permanent fixture on our music calendar – one of the absolute must see events of the year.

And this year, yet again, it delivered.

The beauty of it is that it’s basically as full on as you want it to be.  A day crammed with 100 plus acts spread across 15 venues.  Artists ranging from singer, songwriter acoustic and Americana to bands playing relaxed electronica through to rock acts absolutely owning venues.

Our day takes us from YES to the Deaf Institute, to the Thirsty Scholar, on to the The Refuge, The Ritz and the Albert Hall.

The streets are filled with happy gig-goers.  Every venue pulsating with enthusiasm; smiles beaming out from faces all over the Oxford Road corridor and up to Piccadilly. 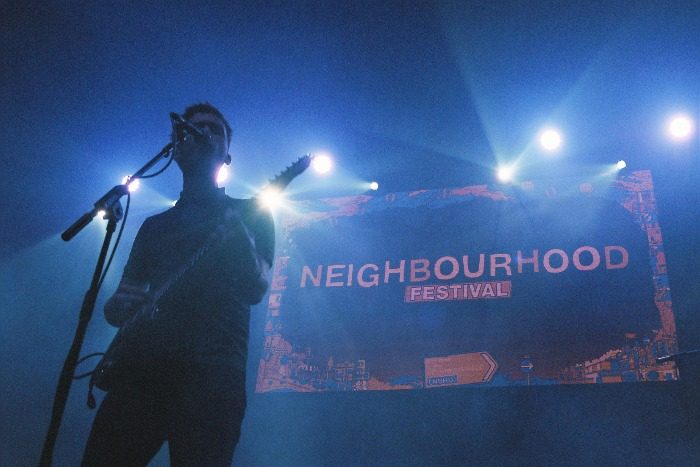 Amongst the fantastic line up at Neighbourhood Festival 2019 are the likes of Miles Kane, Sophie and the Giants, Easylife, Ten Tonnes and so so many more.  But there are four acts that I catch, who particularly stand out…

For me, the day opens with Mealtime at YES, who perform an outstanding set.  Ranging from retro to futuristic vibes, they have the full support of the crowd in attendance (and considering it’s one of the earliest sets of the day it is pretty packed out).   The Manchester six-piece are charismatic and watching four of them huddled with intent around the synths at any one time is quite hypnotic – add on strong vocals and catchy songs and you’ve definitely got a winner.

I’ve decided to mix things up in my schedule, so contrasting with the retro/future electronic vibes of Mealtime is the massively laid back feel of Drug Store Romeos.  They’re absolutely entrancing with Sarah’s dreamlike vocals on top of a beautiful layer of synth, guitar and drums stunning the crowd during their six track set.

Now remember, I said mixing things up?  Nova Twins over at Deaf Institute certainly did that.  It’s my first time catching them (it won’t be my last as they’re coming to Jimmys in February!).  It’s full on.  Huge energy, striking vocals, fierce drums – they are a very early contender for set of the day.  The crowd are going wild, with a mosh pit opening up at the front of the intimate venue.  They’re nonstop for the duration of their set, sending the jam packed Deaf Institute wild.

And over at Albert Hall, it’s one of the acts I had most looked forward to … The Big Moon.  They’re back at Neighbourhood after performing here a couple of years ago and are performing ahead of the release of their new album Walking Like We Do (due out in January).  The Big Moon are also returning to Manchester to support Bombay Bicycle Club at Victoria Warehouse in February.  As they take to the stage there’s a huge roar from the heaving Albert Hall crowd.  And immediately they show why they’re also so highly tipped.  The strong set belies the fact that it’s actually only 6.30pm – it easily feels like a headline slot.  They’re tight, energetic, and deliver an outstanding 45 minute session before making their way over to the merch stand to meet their eager fans.

In truth, there were so many strong acts on the lineup it would be difficult to go wrong – Holly Humberstone, Julia Bardo just two of the many other acts we could easily have picked out.

Neighbourhood has again left fans smiling and cheering.  From openers to headliners, it’s an incredibly strong line up filled with variety and energy and offering fans the opportunity to catch plenty of acts they’ll be wanting to see again.