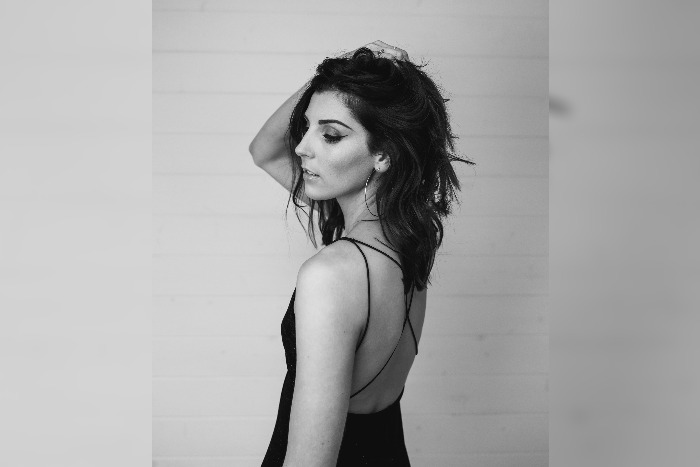 With her solo single, Fool, being released today, we talk to Cara about writing, her change in musical direction, and setting out on her own.

When we speak to her by phone, there’s less than a week until release.  She’s clearly excited and nervous with anticipation.

Fool marks a change in direction for Cara, the former Darline singer.  “It’s quite different to anything I’ve done before”, she explains, “that kind of a country pop sound. This time, it’s very moody and dark and alternative pop with lots of electric parts and harmonies.”

She tells us about her influences and that this new path is one she has wanted to tread for a while.  While fans of Darline and her pre-Darline work will be familiar with her country and folk influences, she is now embracing the electric guitar, dark pop and an occasional synth.  “I have always wanted to do something that revolves around the electric guitar” she tells us, “and I see myself with that as a live set up.  So I guess [influences include] people like Lennon Stella and Lorde and Billie Eilish, I guess that kind of dark pop is really cool at the moment and I’ve been loving it! It’s affected my writing too.”

Cara admits that it’s taken a little while to get to the sound that she wanted, but that in working with producer Chris Hollis, she’s found a place where she is happy.  “It’s taken a while to get to the sound that I wanted, with my producer Chris Hollis, a lovely producer who’s been working with me on this and a friend too,” she elaborates.  “And we’ve been working on it for about the last couple of months really with loads of different songs I’ve had.  I wasn’t really sure what my sound would be. But yeah, I basically knew that I wanted it to be electric guitar and I kind of did have in my head that it would be a moodier writing style. So it’s been really exciting working on different production styles and it has taken a while to get to where I wanted it to be, but, I’m quite happy with it!”

We ask her about the challenges she faced.  Rather than technical problems, finding the right collaborator, or actually getting pen to paper, for Cara it was an issue of having so many options and ideas in her mind.  “When you write a song”, she explains, “especially just myself, I usually write it on guitar.  I don’t set out with any specific production ideas in mind. But for this song I had some synth parts and things going on, and there were just so many different routes I could take it in through production, which is amazing. But it also comes with some challenges as to the way you want it to be, whether super, super pop or kind of alternative.  It could just go in any route! So it’s been very fun to experiment with it all. But also a challenge to finally get where I wanted it to be.”

I’m quite nervous because yeah, like I said, it is quite different!

When we move on to the impending release, there’s a cautious laugh.  “I’m quite nervous because yeah, like I said, it is quite different!” she says, “I’m not really sure what people will expect. It’s kind of a fresh start, so I’m really excited about it too.  It’s good.  It’s been a long time coming.  I’m just excited for it to be out in the world.”

Fool forms the first part of what Cara has planned, but she still keeps an open mind as to what 2020 will bring.  “I’ve got a few other songs that are kind of in the pipeline” she offers, “And they are in a similar style. But then, my main kind of focus is to get out gigging again, doing the songs as a live set up, playing festivals and different things like that, and hopefully some shows in London. So that is the plan once this has been released.” 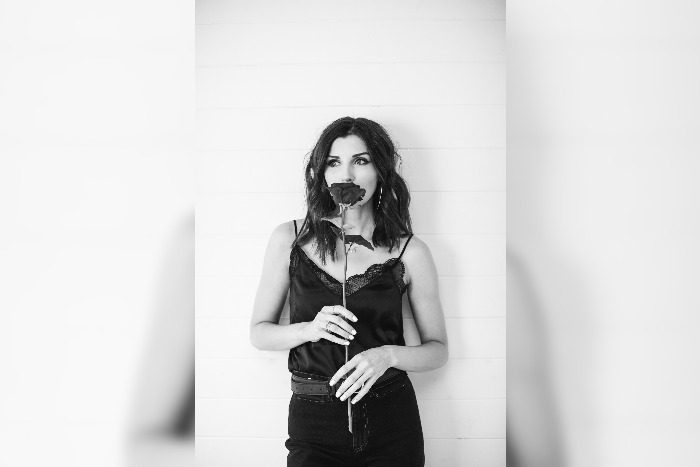 We ask her about performing live, explaining that we have seen her perform a few times before (admittedly as part of Darline), “I would love [to tour]” she excitedly confirms, “But at this stage I’ve only got one single ready.  Short term, hopefully festivals and maybe even support slots, with other people would be really, really cool. And, and then for the future, yeah, I would absolutely love to do it all kind of around the UK at least. That would be amazing.”

The new path Cara is treading is one we’re excited to follow.  Pre-release snippets of Fool certainly have us listening and waiting for more.