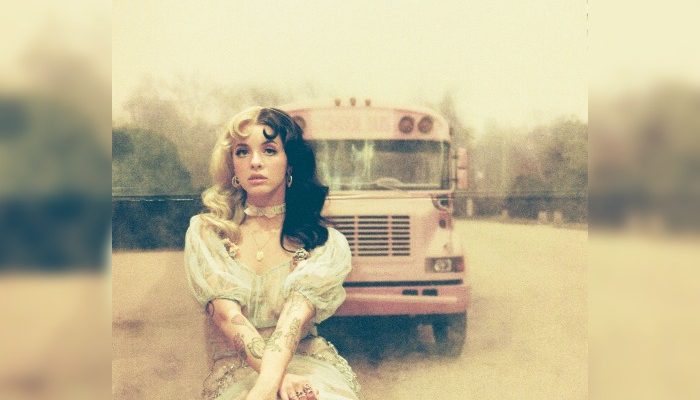 Melanie Martinez is bringing her K-12 Tour to the UK with a Manchester gig at the O2 Apollo in December.

The seven-date tour will take in Glasgow, Manchester, Newcastle, Birmingham, Portsmouth, Leeds and London.  The K-12 Tour celebrates the release of Melanie Martinez’s latest album K-12 and accompanying full-length film.  The album was released on 6 September.

Speaking about the tour, Melanie Martinez commented, “It’s been a bit since I’ve been on tour and I’m incredibly excited to bring the movie to life on stage.  I’m putting all of my energy into making it not only visually stunning and pleasing to the senses but also a fun learning experience and a safe place to express yourself and be accepted for exactly who you are.”

K-12 is the follow-up to Melanie Martinez’ UK Gold Certified 2015 debut album Cry Baby.  The album has been largely produced by Michael Keenan, with Kinetics & One Love resuming their previous collaboration with Martinez to produce one of the tracks on the album.

Whilst putting together the album, Martinez cycled through sounds and kept whatever ideas inspired her: orchestral flourishes, sinewy beats, lush organ, an antique waltz. As with Cry Baby, the result is that K-12’s music is a vibrant and singular melting pot of low-key hip-hop, soulful pop and indie-leaning electro.  She coupled this with a thematic framework – a concept based around school after she wrote the album title, and then build the album around that idea.  “I would write down a bunch of titles, and then every time I would write, I picked one of those titles that felt like it fit with the music that me and the producer were creating in that moment,” she says. “And I would just go with it intuitively and try to write a concept based off of that title.”

The album marks a soundtrack companion to the K-12 musical film, written, directed and starring Martinez.  The film premiered in September in Los Angeles and was screen more than 400 times in 32 countries.

Filmed on locationin Budapest, Hungary, over the course of nearly three months, the movie focuses on Cry Baby (portrayed by Martinez) and a class of students who find themselves trapped in a horror house-like residential school. As they experience the usual grade school rites of passage—a lunch room food fight, the embarrassment of gym class, a romance with nefarious intentions, courses taught by checked-out teachers—they have to figure out a way to escape.

The tour sees Martinez, who has garnered more than two billion streams, transforming the full length film into a live experience.

When does Melanie Martinez perform at Manchester’s O2 Apollo?