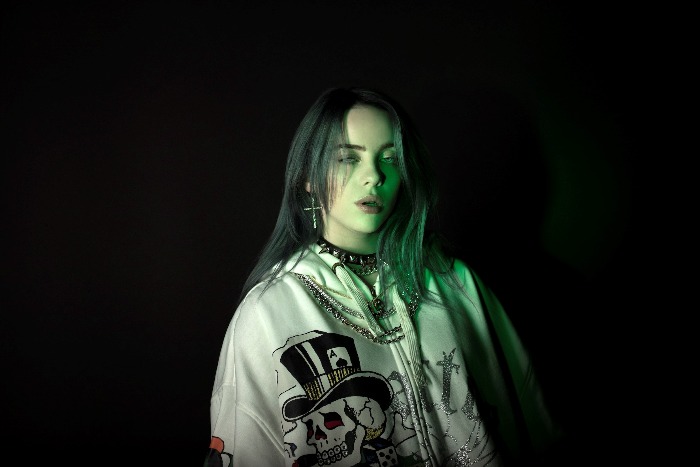 Billie Eilish has announced a run of UK tour dates including TWO gigs at Manchester Arena in July 2020.

The chart topping artist will perform five UK shows after a series of dates throughout Europe including Lollapalooza Festival in Paris and Werchter Boutique Festival in Belgium.

The Where Do We Go? World Tour is taking Billie Eilish to some of hte world’s most famous arenas including New York’s Madison Square Garden.

Following on from her recent call for action on climate change, Billie Eilish has promised a series of initiatives for the world tour which sees her partnering with non-profit organisation Reverb.  To help create and encourage an eco-conscious environment both backstage and for her fans, Billie Eilish will be allowing fans to bring their re-fillable water bottles to the shows, water-stations will be available at every venue for both attendees and crew backstage, plastic straws will not be permitted and a Billie Eilish Eco-Village will be stationed at every show, providing attendees information and resources on ways to help combat climate change and preserve the Earth.

Last month Billie Eilish earned her first number 1 on the Billboard Hot 100 with bad guy, taken from her multi-platinum global smash debut album When We All Fall Asleep, Where Do We Go?

When does Billie Eilish headline at Manchester Arena?

Billie Eilish headlines at Manchester Arena on 21 and 22 July 2020.  The Manchester gigs are two of five UK shows announced:

When do tickets go on sale for Billie Eilish’s UK tour dates?

Tickets for the UK dates of Billie Eilish’s Where Do We Go? World Tour go on sale at 9am on Friday 4 October.