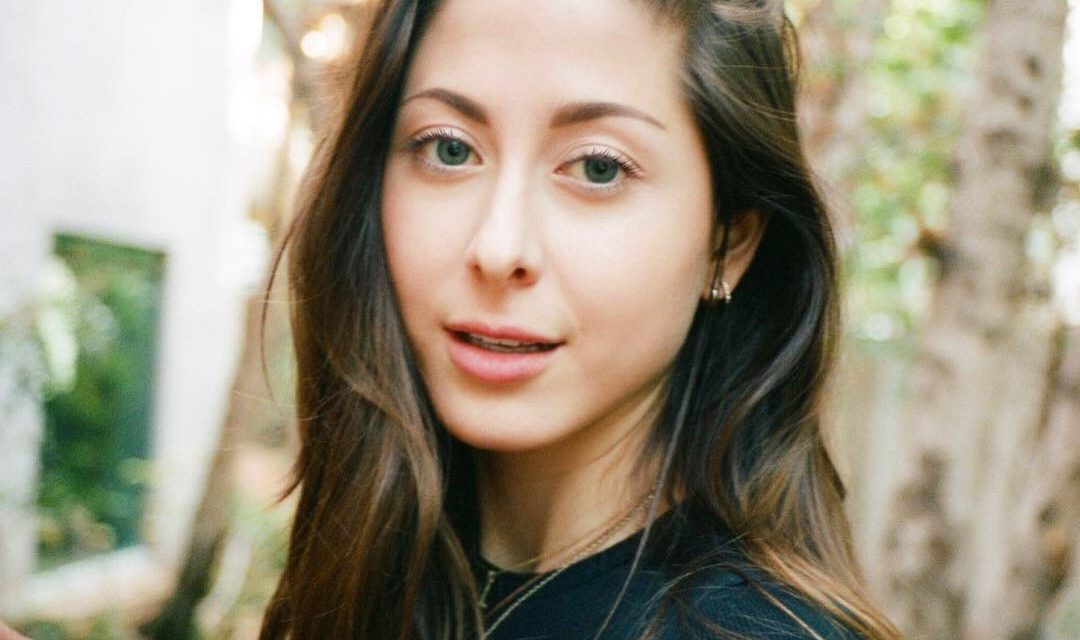 After the release of recent single Eden, we chat with LA based singer, songwriter (and more) Lizzy Small about writing music, marrying up her creative influences and what’s coming next.

Who is Lizzy Small?

Singer, songwriter, actress, dancer, Lizzy Small pretty much does it all.  She has recently released her latest single Eden, a track she describes as being “essentially about this idea of being in love with the idea of love”.  She worked on the track with friends Nahuel Franco and Karo Moralyan (collectively known as ED.1T).  She explains that the song “goes back and forth between this daydream, fantasy idea of what love is and this perfect idealised world of everything fitting this category of what you think love is. Then you go back into reality and realise that that dream world you created is just in your head and not really the reality in front of you.  The whole song is going back and forth between the two realities of this lovely fantasy, daydream idea of what love is. Then jolted back into reality of, ‘But I’m alone. This isn’t actually what’s going on around me. It’s this idea in my head.’ That’s the underlying idea behind the lyrics.”

The 22-year old LA native has long been balancing music with acting and dancing.  She has appeared in the likes of The Middle, Spare Parts, The Santa Clause 3 and Hip Hop Harry to name but a few.  Lizzy Small also did competitive dance for around 12 years. 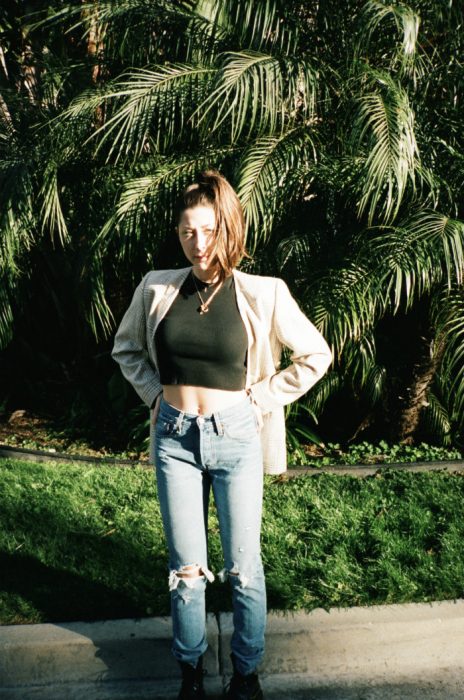 She explains that the three art forms feed each other, complimenting, aiding and helping to develop them.  “I think just being creative overall”, she tells us, “you’re always drawing inspiration from your soul and yourself, as well as the people around you. Whether I’m in an acting class and I’m doing an exercise with my scene partner or whatever, and I cry in that moment or whatever it is, all these different things that I’m doing or just the form of expression.

“Being creative in one way can spark an idea in another outlet, sometimes if I’m writing a lyric, I’m like, ‘Oh wow, that could make for such a great storyline. I should write a pilot about this,’ or whatever it is. They all bounce off of each other.”

It’s fair to say Lizzy Small’s musical style has been developing over the last few years, since her release of Gravity four years ago, with different life experiences honing her current sound.   “I’m 22 years old now” she elaborates, “My past music, which I wrote when I was much younger, is great, but I think as you grow up, you go through different experiences and realise what you want in life and what you don’t want and who you really are. I feel like I’ve never felt more myself than I do now.

“Looking back, it’s sweet and it’s funny to me because I’m like, ‘Wow. I’m so different now.’ But I think music is always evolving in your sound because just like a human being evolves over time and over years and experiences, your music is going to evolve if it comes from you and your soul. I think really what it has evolved into is more of who I am.

“Sound-wise, I would say that it’s more R&B influence and more Soul influenced. In terms of my songwriting, I’m just trying to be as honest as possible and truly connect with people based on being more specific rather than more cliché, vague, that we’ve all heard in songs before. I’m trying to be more specific. Even with something like, when I say, ‘My Eden in disguise,’ you might not know what that means, but to me it is such a specific image or feeling or whatever in my head. Even if the listener may not fully understand what I mean by that reference, it’s specific enough that it would make them think about it in a different way.

“I think just being more specific, being more true to who I am, and more simple. I’m more of a simple– I love to just sing with a guitar or a piano. For my shows oftentimes in L.A., I’ll do an acoustic show just because I love to be intimate and connect with people. I feel like it’s really grown. Through myself growing as a human being, my music has obviously grown.”

Creatively, she gets together with friends and fellow musicians in a studio, putting some guitar hooks and piano chords together whilst she sings what comes to mind.  She tells us the story behind Eden, “they actually showed me a few lines of lyrics that they had come up with, but they didn’t really know how they wanted it to be sung. They didn’t really have anything more than just that first simple idea of calling it Eden and having the first few lines. They have me look at this little scratch piece of paper that they had written on. It was probably 10 or 11 o’clock at night. I was freezing cold and I had a blanket wrapped around me in the studio because it was so cold. We were sitting and we put all lights down. We had candles going. It was a very good vibe.

“We just started playing the melody of the guitar over and over again. Usually, it takes so much time to create this. It’s funny because we were actually working on a different song, and we went to this idea of Eden for a second just because we wanted to get some new inspiration, change the flow of the room. We ended up just writing an entire song that night. We recorded it that night. The takes that I actually did that night were the takes we ended up using.”

What is Lizzy Small currently working on?

There will be plenty of music, promises Lizzy.  And she’s also working on writing a pilot which she will be producing and creating alongside a friend of hers.

But there’s also some mystery, “I’m actually in an under wraps situation right now that I can’t talk much about,” she laughs, “I’m very excited because part of the plan, hopefully is to make a full EP in my new true style. I’m getting my sound and image together as an artist that I really want to present to the world of who I am today and who I am as an artist. … and I wish I could give more details, but I’m not really allowed yet.  But, yes there will be a lot more music coming!”

Where can I find out more about Lizzy Small?

You can connect with Lizzy Small and found out more at