In Interview: Maggie Lindemann – “I wanna do everything!” 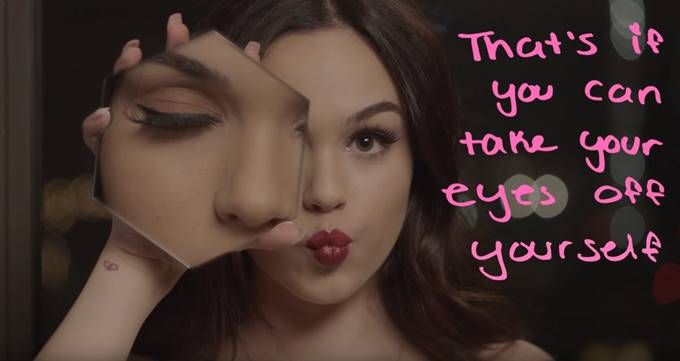 Fresh off the back of her latest huge single Obsessed, Maggie Lindemann comes to Manchester Arena this week, supporting The Vamps on their UK tour.  The rising star has enjoyed ever growing success since she took the brave, whirlwind decision at the age of 16 to move to LA to pursue her dream career.

Capitalising on the success of her recent releases, Maggie Lindemann is now hitting Arenas and clearly relishing it.  After only the second date of the tour, she already appears to be hooked.  “It’s going amazing” she declares, “we just had our second show last night and the crowd was insane! Everyone on the tour is so talented and just a good crowd so it’s been going quite well.”  Her enthusiasm shines through not just in her response but in her social media feed where she frequently declares her excitement at touring the UK.

And it appears that the fans have taken to her just as quickly as she has to them.  Each night of the tour, social media is abuzz with talk of her performance.  “You were amazing”, “best night of my life!!”, “doing big things”, “she’s killing it” are just a few of the comments which crop up.  It’s no surprise.  Her songs are incredibly catchy, and far more than simply pop – there’s a depth, layers and textures which add more to it than that.  And her performances are full of energy, geared towards making sure the crowd have a good time.  “If you’re gonna see me live just prepare to get up and jump around and have a good time” she explains, “It’s all about living in the moment and enjoying yourself. On stage I️’m just living in the moment, who knows what I got up my sleeve.”

Counting the likes of Lana Del Rey, Banks, Marina and the Diamonds and Lil Peep amongst her inspirations (although she does tell us that it’s often songs rather than artists which inspire her musically), Maggie Lindemann offers a simple answer to what inspires her – “I️ take my real life dilemmas and make my real life stories into rhymes and flows.”  In fact, she explains that her personal life feeds into her music lyrically and musically as she moves in what she describes as a ‘dark, sultry pop’ direction.  “I️ like to keep everything I️ do pretty personal, so if I️’m going through a rough time in my life that’ll show through my music” she continues.  “So the music is just going to be a lot more personal and real, talking about real things such as you know, being depressed and what kind of thoughts that can bring about… stuff like that, I️ don’t want to give too much away! The writing process starts with a beat, and from that me and some writers talk about how I️’m feeling or what I️’m experiencing in life and we go from there.” 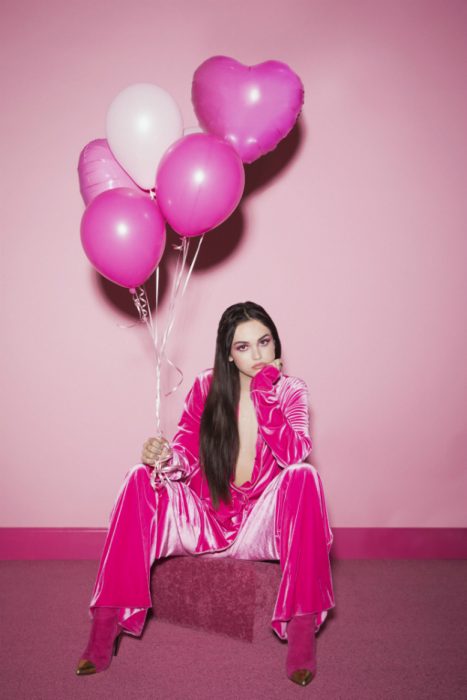 One of those personal tracks is the recently released Obsessed and the accompanying video which made a splash last month.  She tells us about the video: “Going into it the thought was to have me and a bunch of girls, “friends” dancing and singing around this old house singing to the camera about this person that’s obsessed with themselves. Singing into the camera was originally supposed to be a home made video we were making to send to our ex’s but we ended up taking the ex shots out of the video and making it more girl centred.”

“I wanna do everything!!”

Life’s been a bit of a whirlwind for Maggie Lindemann.  At the age of 16, in 2014, she upped sticks, moving from San Antonio, Texas, to Los Angeles to pursue a career in music.  “My whole world has changed.” she tells us.  “From the first thing I️ do to the last thing I️ do in my day.” She had been spotted on Instagram by former Sony Music Marketing Strategist Gerald Tennison, who immediately reached out wanting to manage her.  Within a week she was in LA meeting Tennison and made the decision to pursue her dreams.

This lead to a year and a half in the studio, writing, recording and finding her musical style.  “I️ think a lot more, I️ put more things into perspective, I️ view things more artistically” she explains and tell us of the life changing move, “…. I️’m way busier than I️ used to be. I️ have to be more self cautious, but life is crazy, I️ love what I️ do.”

Hit singles weren’t far behind as independent releases in 2015 and 2016 helped to push her forwards and pick up a growing number of fans – Knocking On Your Heart hit the Top 20 of the iTunes Top Alternative Songs Chart, Couple of Kinds went in to the Top 30, Things landed on Spotify’s Top 50 Viral Worldwide and covers of Rihanna’s Love of the Brain and Kehlani’s Letter proved hugely popular.

Following this, her major label debut Pretty Girl became a smash hit, charting in the UK Top 10, generating 330 million streams on Spotify, and being certified Gold or Platinum in twelve countries including the US.  Collaborations with Cheat Codes and The Vamps, with whom she is currently touring, were also colossal successes.  Despite already hitting heady heights, Maggie Lindemann is still intent on making sure that she is happy with getting her sound spot on.  If Obsessed, her most recent hit, is anything to go by, she’s already there but that wont stop her striving to perfect her musical style.   And once she’s there, as well as the undoubted solo hits she’ll produce, could there be more collaborations on the agenda?  “There are many other people I’d love to work with, but mainly, right now I’m super focused on getting my sound right and then from there I’d love to do some more collaborations” she admits.

So after the tour, will there be any downtime?  Unlikely as it seems Maggie Lindemann isn’t one to hold back.  Filled with drive and determination she declares, “More recording, more music, more shows, clothing, collaborations… who knows! I wanna do everything!! I wanna do as much as possible.”

Maggie Lindemann performs at Manchester Arena on Saturday 5 May 2018.