Previewed: Stella Donnelly at The Castle 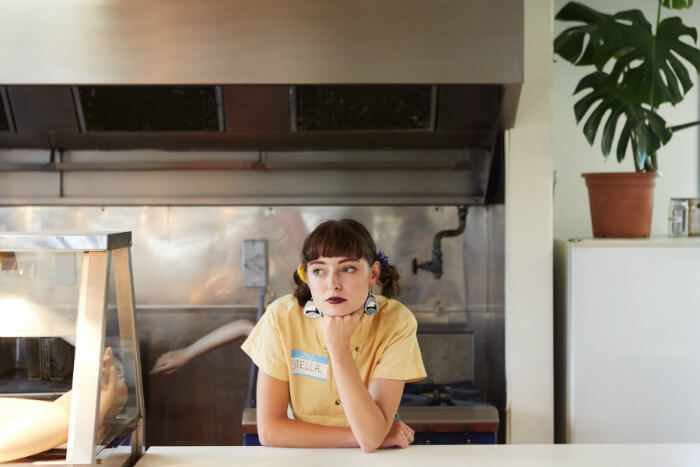 Stella Donnelly comes to The Castle, Manchester, during a run of dates following her signing to Secretly Canadian and ahead of the release of her debut EP Thrush Metal.

Thrush Metal features latest single Mechanical Bull and previous release Boys Will Be Boys, which was largely her introduction to British audiences at the tail end of last year.  It was the voice of a whip-smart new artist plaintively confronting the man who had raped her friend and tackling the resulting victim-blaming that ensued.

Shot in a rockabilly diner, it the video for Mechanical Bull blends dreamy Wes Anderson colourscapes with the sort of sharp humour which flows through the EP.  It forms a shrewd critique of the objectification of women in modern day dating​ scenarios.  A fitting and light-hearted cut Stella poignantly brings the modern day woman’s struggles to the forefront of her writing.

“Mechanical Bull is dedicated to people who work in hospitality who have to deal with customers, especially drunk ones, harassing them and making objectifying comments,” says Donnelly.  “I wrote this about my experience working in bars and it was a nice way to release some of the frustration I had!”

When does Stella Donnelly perform at The Castle Manchester?

Stella Donnelly’s Manchester gig takes place at The Castle on Monday 7 May.

Thrush Metal is due for release on 22 June and includes previously unheard bonus track Talking.