In Interview: Catherine McGrath: “everything is so surreal” 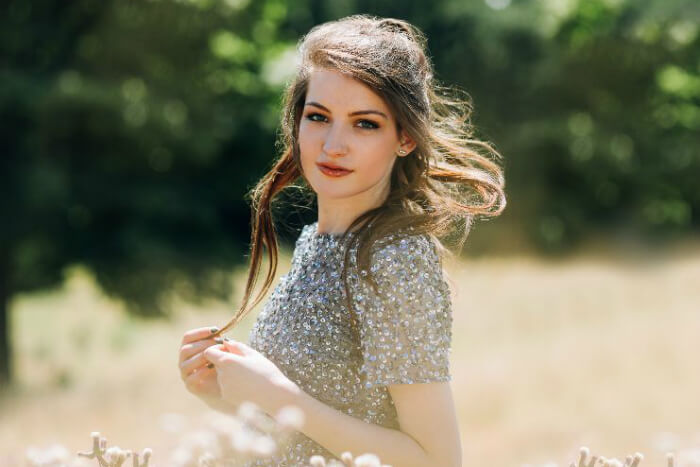 After her stunning show at the Deaf Institute a few months back, Catherine McGrath returns to Manchester to headline at Gorilla.

It’s been a whirlwind time for the singer/songwriter who has enjoyed a meteoric rise.  Moving on quickly from her own debut headline tour to releasing her debut album in July and hitting the road again for an even bigger tour in next to no time.

We caught up with Catherine McGrath ahead of her new dates to talk about touring, her debut album Talk Of This Town and just how real it all feels.  “It’s been weird” she immediately offers when we discuss how the last few weeks have felt, and then explains that the album had been written for quite some time before it was released.  The reaction to Talk Of This Town has been overwhelmingly positive, much to her delight, “It’s so nice to hear that everyone has loved it and to see so many different people of different ages listening. I’m really, really happy with how it’s come on,” she tells us.

Catherine elaborates that she had been writing the album since she moved to London aged 18.  “Some of the songs [were] written in London, some in Nashville, some in Belfast. It was different every time,” she tells us when we discuss how she wrote the tracks. “It was different every time but a lot of the time I think of lyrics and I write them into my phone. Then I’ll go into the studio one day and I’ll say these are the lyrics that I have. This is the idea. What should we do with it?  … The writing process itself changes so much. It can start with the lyrics where sometimes another writer in the room will play a guitar and I’ll start singing over. I think that’s my favourite part – that the writing process is never the same.”

And writing in different places also seems to have influenced the approach to the album and the sound of some of the tracks.  “I think the subjects that I wrote about didn’t necessary change based [on where I was] but the way that I approached the songwriting did.  In Nashville, I was working with people who’ve done my favourite songs. We would go into those sessions and sometimes we’d write songs in 40 minutes.  It just felt really inspiring to be there in the space where the music that I’ve grown up with is all being made. That was very different for me than writing in London where I had just moved and was just understanding the process and getting used to it. Everything was a little bit different but I think what also makes the album so special to me is that all these places that played a key role in my musical journey are places that I got to create the album that then introduced me to people. It was very nice.”

“What this is for me is an album of memories”

Talk Of This Town is based on Catherine McGrath’s own life experiences.  “A lot of them were real experiences and things that I’ve been through” she explains, “For me, that was what made the songs really honest. … What this is for me is an album of memories, it’s experiences that I’ve collected over the past two and a half years that I wanted to  share with other people and introduce myself. It’s a really nice way to have done it.”

Catherine McGrath has enjoyed a rapid rise over the last year.  It wasn’t even 18 months ago when she was introducing herself, on stage supporting The Shires, to audiences which were not familiar with her music.  In fact we recall seeing her perform in Blackpool.  Such was her performance that after her set there was an immediate queue to meet her, buy CDs and get selfies with her.  Since that time she has now gone on to her second headline tour including the likes of Manchester’s Gorilla, London Scala and Liverpool’s Arts Club, released the single Lost In The Middle and album Talk Of This Town.

“Whoa, when did that change”

Surely she finds herself occasionally having to pinch herself to check it’s all real?  “Yes, sometimes,” she admits.  “I think it’s all happened in these unexpected stages. When I moved here, I didn’t know if I was ever going to get a record deal, if an album was ever on the cards. … Everything is so surreal … it’s all happened so quickly.  There are moments where I look back and I’m like, “Whoa, when did that change?  I think one of those things is when you’re playing a headline show that’s sold out and you look out and somehow these people know the words to your song!  I have to think I’m so lucky that people like The Shires, and Kelsea Ballerini, Dan + Shay were so accepting of me and really supported me and helped me reach those people. I just hope that it can continue to grow and that people will continue to want to see me because it’s been amazing.”

And she can’t wait to get back out there and experience audiences singing back to her, although she does accept that this time may be a little different.  New audience members, bigger venues, the album now released.  “This time, we are going on a bigger scale. We get to go to all of these places that we never played before. I think it’s going to be really interesting to meet different people there and see what they have to say about the album. … They can expect that I’ll be playing some new songs off the album and that I do a lot of stories while I’m onstage. That’s something they can expect”

We’ve seen Catherine McGrath perform a few times now and as well as a phenomenal musician, songwriter and performer, the storytelling aspect of her gigs really shines through.  And it appears to be an important aspect of the show for Catherine, “For me, listening to songs, I always want to know the stories behind them,” she explains, “and how they were written or why they were written and so in my show, I like to tell people a bit about that and hopefully I’ll get to meet everyone afterwards as well.”

Storytelling, whether through song or explanation between songs, is something which some musicians are more comfortable with than others.  Whilst some lay bare their feelings and emotions, not holding back, others are a little more guarded with it comes to lyrical subject matter or interactions with the crowd.  Some find it daunting, some haven’t really given it a second thought (we remember the look on one singer’s face when the penny dropped that he was baring his soul in front of hundreds of people every night without even thinking about it).  For Catherine though it’s pretty easy and actually something she gains strength from.  “It’s a lot more comfortable than you’d expect,” she surprises us, “I think putting them into songs is what makes me realise that I’m not the only one going through it.  Actually standing on stage, telling the story to 200 people makes me feel like I’m not alone and that all those people have gone through the same thing and we’re all in it together. That’s my favourite bit, to tell the stories and to share them.”

And when Catherine comes to Gorilla, Manchester, it’s going to be a family affair as she will be joined by her sister, Mary.  “She’s going to be supporting me which is going to be amazing,” Catherine enthuses.  “She’s just so excited.  She’s one of the first people that I ever show my songs to.  She’s one of the people that I grew up singing with.  I really wanted her to have a place on this tour because she loves music just as much as me.  … Hopefully, everybody else will love her as well!”

When does Catherine McGrath headline at Manchester’s Gorilla?