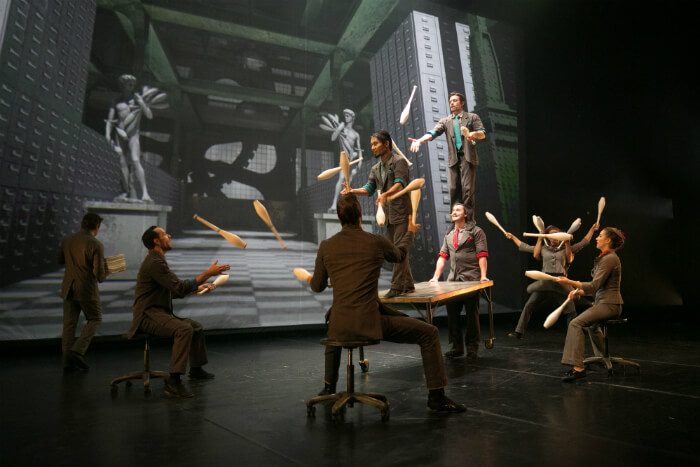 For one night only, Manchester Opera House will be transformed into a circus courtesy of Montreal-based troupe Cirque Eloize’s production Cirkopolis.

With CIRKOPOLIS, Cirque Éloize takes their breathtaking blend of circus arts, theatre, and dance to a highly-stylized metropolis setting, where eleven acrobats and multidisciplinary artists rebel against monotony, reinvent themselves and challenge the limits of the factory-city as only they can. Performing within an inventive stage design, and accompanied by an original musical score and video projections, they live in a world where fantasy defies reality — the veil of anonymity and solitude is lifted and replaced by bursts of color. 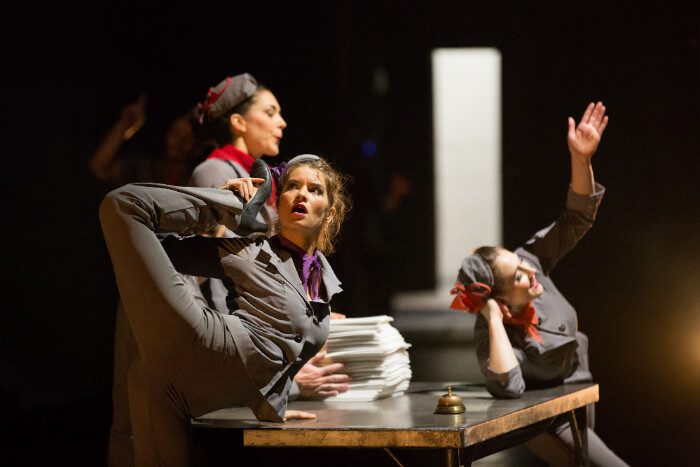 Speaking about the show Cirque Eloize Aritistic Director and Co-Director, Jeannot Painchaud commented, “CIRKOPOLIS was imagined as a crossroads—between imagination and reality, between individuality and community, between limits and possibilities. The show is driven by the poetic impulse of life, the physical prowess of the circus and its humor, at once serious and light-hearted. Entering CIRKOPOLIS is all about letting go and allowing yourself to be borne aloft by hope”.

Cirkopolis has been touring the world since September 2012 and will help Cirque Eloize celebrate its 25th anniversary.  The troupe has given more than 5,500 performances in over 550 cities.  The show is co-directed by Jeannot Painchaud and Dave St-Pierre and choreographed by Dave St-Pierre.  The show features set design and illustrations by Robert Massicotte, music by Stefan Boucher, acrobatic designs by Krzysztof Soroczynski, costumes by Liz Vandal, lighting design by Nicolas Descoteaux, and video projections by Robert Massicotte and Alexis Laurence. Make-up design is by Virginie Bachand, Renald Laurin acted as Drama and Acting advisor and Emmanuel Guillaume as Artistic Coordinator. Jonathan St-Onge is the Executive Producer.

When does Cirque Eloize perform Cirkopolis at Manchester Opera House?