Cast announced for Motown The Musical at Manchester Opera House 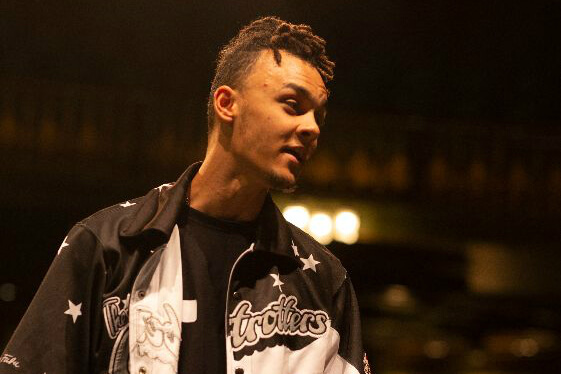 Cast details have been revealed for Motown The Musical which comes to Manchester Opera House in February 2019.

The producers of the musical have confirmed that Edward Baruwa will play the leading role of ‘Berry Gordy’, Karis Anderson will play ‘Diana Ross’, Nathan Lewis will play ‘Smokey Robinson’ and Shak Gabbidon-Williams will play ‘Marvin Gaye’.

Edward Baruwa’s previous credits include the West End productions of “Motown the Musical” at The Shaftesbury Theatre, “Les Misérables” at the Queen’s Theatre, “Five Guys Named Moe” at the Marble Arch Theatre and the UK Tour of “Sister Act”.

Karis Anderson is best known as being one third of pop band ‘Stooshe’ who celebrated a top five single ‘Black Heart’ in 2012 for which they received a nomination for Best British Single at the 2013 Brit Awards.

Nathan Lewis (pictured) was a finalist on ITV’s The X Factor in 2016 as part of boyband ‘Five After Midnight’. Nathan makes his stage debut as ‘Smokey Robinson’.

Shak Gabbidon-William’s previous credits include ‘Young Simba’ in “The Lion King” in the West End and most recently starred as ‘Seaweed’ in the UK tour of “Hairspray”.

Speaking about the casting, director Charles Randolph-Wright, commented, “I am so thrilled that we have been able to find this incredible cast of British artists for the UK tour of Motown the Musical. Their talent has astounded us all, as they embody the soul of Motown and capture the energy and essence of those iconic artists. We are so excited to bring this show to cities across the UK and can’t wait to begin. Get ready!”

When is Motown The Musical performed at Manchester Opera House?

Motown The Musical will have a one month run at Manchester Opera House, from 26 February until 23 March 2019.