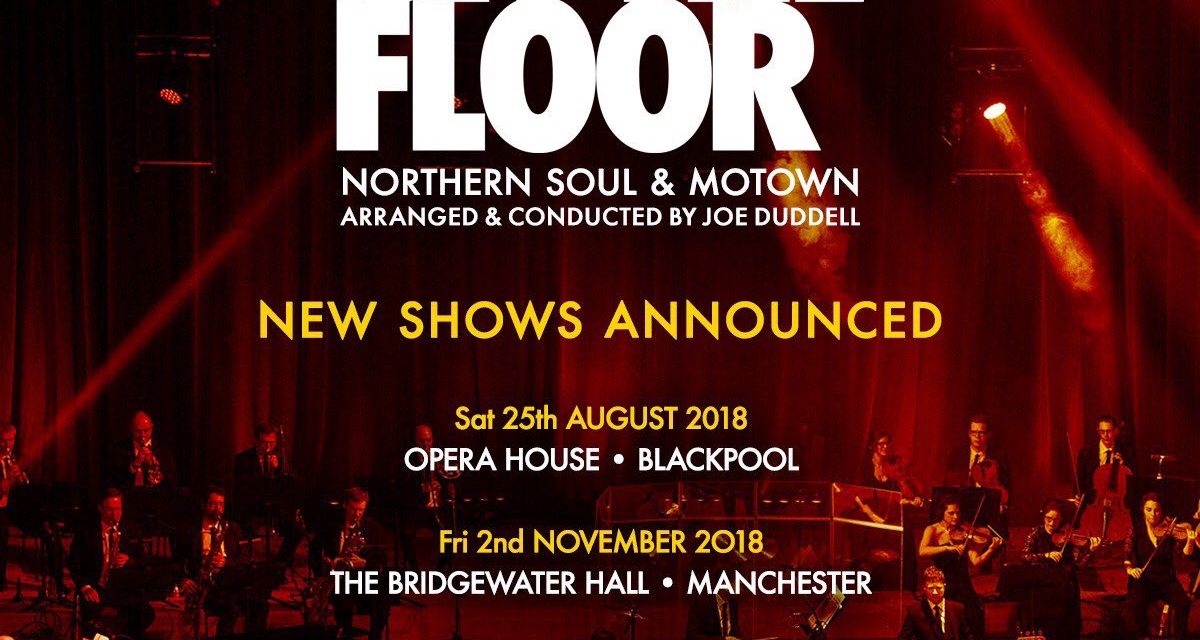 Following the sold-out debut event earlier this year, the orchestral Northern Soul and Motown music event is back and is stomping its way to theatres later this year, including Manchester’s Bridgewater Hall.  The innovative Manchester Camerata and renowned composer Joe Duddell will perform the very best of Northern Soul and Motown in Out on the Floor.

Out on the Floor features big beat ballads and legendary all-nighter finishers including Long After Tonight is Over by Jimmy Radcliffe; Do I Love You by Frank Wilson, which originally pressed in 1965 and Ain’t No Mountain High Enough by Marvin Gaye and Tammi Terrell.

Speaking about bringing the event to the stage, composer Joe Duddell, who has arranged and will conduct the event, commented, “The more I delve into the Northern Soul catalogue the more I think we have a duty to get these songs back out there with an orchestra as originally recorded. Uncovering the fantastic musicianship behind some of the original arrangements has been a privilege. At times I’ve stayed as faithful as possible to the originals, but I’ve also looked at certain songs from a fresh perspective.”

Appropriately, original Northern Soul DJ’s Richard Searling and Colin Curtis from The Wigan Casino and Manchester’s Twisted Wheel will DJ in the reception before the show and in the interval at The Bridgewater Hall.

When is Out on the Floor performed at the Bridgewater Hall by Manchester Camerata?

Manchester Camerata perform Out on the Floor at the Bridgewater Hall on Friday 2 November 2018.