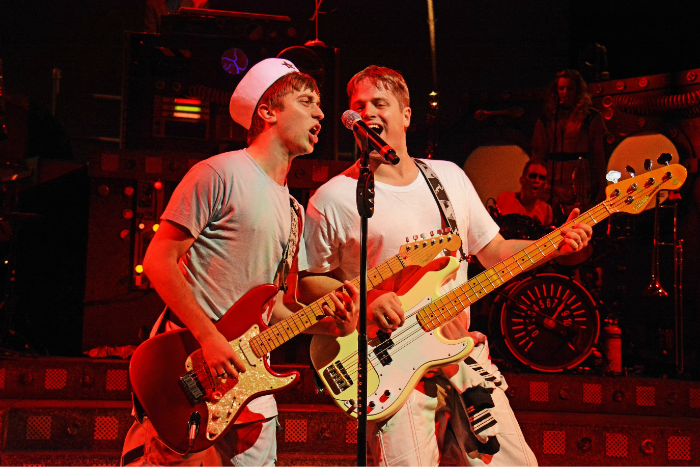 Packed with rock ‘n’ roll hits and loosely based on The Tempest and the 1956 science fiction film Forbidden Planet, the 25th anniversary tour of the Olivier Award winning musical Return To The Forbidden Planet is coming to the end of the run, and simply put, if you haven’t seen it already, get down to the Palace Theatre before it closes as this is one not to miss.

Return To The Forbidden Planet tells the story of Captain Tempest (Sean Needham), the suave but at times slightly hapless leader of a space expedition, who is almost never seen without a pipe in his mouth, and his crew, which includes science officer Gloria (Christine Holman), ‘all-round good guy’ Bosun Arras (Steve Simmonds), the chef Cookie (Mark Newnham) and Navigation Officer (Greg Last) alongside the damage control crew made up of Anne Droid (Georgina Field), Phil McAvity (Callum Hughes) and Ewan Wattarmi (David Heywood).  During a routine space exploration they find themselves marooned on planet D’Illyria after a collision with an asteroid, where they come across Doctor Prospero (Jonathan Markwood), his daughter Miranda (Sarah Scowen) and the loyal robot Ariel (Joseph Mann).  Prospero, it seems was himself marooned there along with his daughter by no less than science officer Gloria, who happens to be his wife, and has since spent his time building the robot Ariel and perfecting his formula for X-Factor, a mind and brain enhancer which gives the ability to project thoughts allowing them to become objects.

The first ‘juke-box musical’, Return To The Forbidden Planet is jammed full of rock ‘n’ roll hits which are used to advance the story alongside the Shakespearean dialogue (which is punctuated with more up-to-date script from time to time, including a reference to Primark) and a series of pre-recorded vignettes in which Brian May appears to provide background context, a quick synopsis and wrap up proceedings.  And it’s not just The Tempest which provides the inspiration as scripting from Macbeth, Romeo and Juliet and Hamlet are cleverly, and amusingly, woven in for good measure.

Return To The Forbidden Planet is filled with excellent performances all round, but Mark Newnham as Cookie and Jonathan Markwood as Prospero particularly stand out.  Newnham, is in fact the show stealer with an outstanding performance of All Shook Up in to which he works a whole selection of up-to-date guitar riffs including Nirvana, Green Day and more, in a scene which blows the audience away.

And the cast works impeccably as a collective, gliding through the production like a fine tuned spaceship coursing through the galaxy (sorry!), whether it’s the synchronised swaying during take-off, the slapstick chase scene or the tightness of the musical numbers.  They slickly work together, passing instruments around (or indeed throwing them on many occasions) as the talented cast display their multi-instrumental abilities.

There’s no shortage of humour in the presentation either.  It’s a laugh a minute fun, and the audience can’t help but get drawn in to participate from time to time.

It’s fortunate that back in its original run 25 years ago it was saved from being consigned to the annals by a chance review on the Gloria Hunniford show which sparked interest, as this is a production which has gone on to leave others in its slipstream, wowing audiences and leading to the sort of standing ovation which it deservedly received last night.

Return To The Forbidden Planet runs at the Palace Theatre, Manchester, until Saturday 9 May.

Mark Newnham as Cookie and Greg Last as Navigation Officer in Return to the Forbidden Planet.  Image credit Nobby Clark. 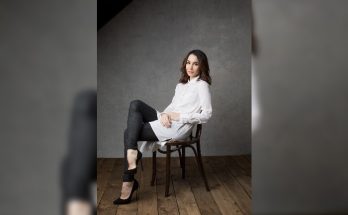