In Review: Nathan Carter at the Lowry Theatre 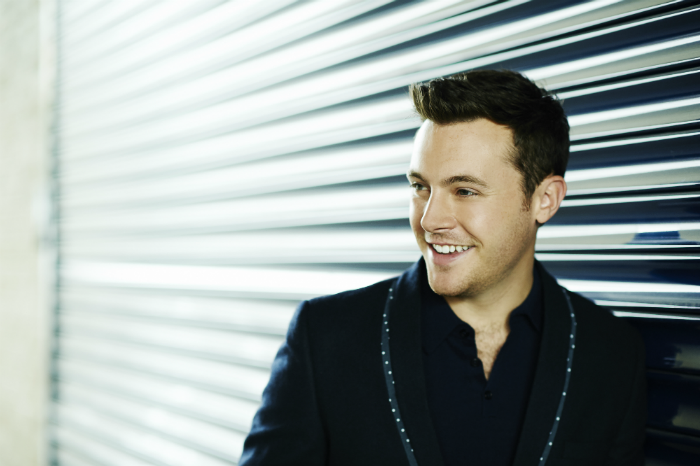 The Quays Theatre at the Lowry is sold out and walking into the venue, it’s a noticeably mixed crowd – from glammed up teenagers through to some who could pass for Nathan Carter’s grandparents – well in actual fact it turns out his grandparents are at the venue, along with his parents, as well as some members of his guitarist’s family.  It all helps to build on what is a great atmosphere, filled with excitement and enthusiasm, which continues to grow until he makes his entrance after opening act The Haley Sisters have suitably warmed up the crowd with some strong work and demonstrated their fantastic voices.

Stepping on to the stage, looking rather dapper, in front of his six-piece band Nathan Carter opens the evening with Drift Away.  It’s immediately obvious why he has become such a big star in Ireland – this is a singer with boyish good looks, filled with charisma and a cheeky charm, grinning ear to ear and displaying no small amount of talent.

Playing in Manchester (well, okay on this occasion Salford) is nothing new for Nathan Carter, who mentions that he has previously performed at the Royal Oak and the Heritage Centre, but this is his first full concert in Manchester.  However, having played in front of 400,000 people over 200 gigs in Ireland last year, he’s clearly become very comfortable in doing so.  He effortlessly interacts with the enthusiastic crowd, sharing jokes and anecdotes about his decision to pursue music, his career and his family.  Preparing to perform his track The Boat To Liverpool, he tells of filming the video in Liverpool, where he was largely raised (something which draws a mixture of cheers and boos as there is a large Liverpudlian contingent competing with their Manchester rivals in the theatre) – the song however is a hit with the whole audience.

With a strong country feel and a bluegrass and folk influence, he has built a strong repertoire of music, and it’s one which goes down well with the crowd at the Lowry Theatre.  Mixing original compositions with covers of classics, throwing in good humour and and being wholly likeable, he has struck a winning formula.

He also displays versatility in his performance from the fast paced, dance-along anthem Hills of Donegal, which features some absolutely incredible fiddle work from Tom Sheerin, and the lively foot-tapper South Australia to the stunning rendition of the slower paced Caledonia which grows to a rousing finale and cheers from the continually delighted crowd or Good Morning Beautiful for which he moves over to the piano whilst demonstrating the soulfulness of his voice.  He is clearly equally as happy getting the audience dancing in the aisles (as they did) or having them wave the torchlight of their mobile phones giving off a stadium feel alongside the more delicate pieces.

His playful side comes out again as he performs the excellent Tequila Makes Her Clothes Fall Off, which has the audience laughing, cheering and tapping their feet – some quite knowingly.

The instrumental side of things is also on top form as his six piece band (drums, keyboards, guitars, bass and fiddle) perform to the highest of standards and are also more than happy joining in the humour of the evening.  Carter is also to be found at the piano and often with an accordion in his hands.

As the crowd cheers, sways and dances through the performance, it’s clear that they are enjoying every moment, but the biggest cheer of the night seems to be reserved for the moment he takes off his jacket and tosses it to the back of the stage.  It’s certainly fair to say he has his share of female admirers in the audience.

During the show, he announces that he will be returning to Manchester on 11th September 2015.  Tickets go on sale on Friday 27th October and there is little doubt that there will be a great clamour for them.  His new album is also due for release in May – on this evidence it will be a great listen and a hit with his fans.