In Review: Fame at The Lowry Theatre 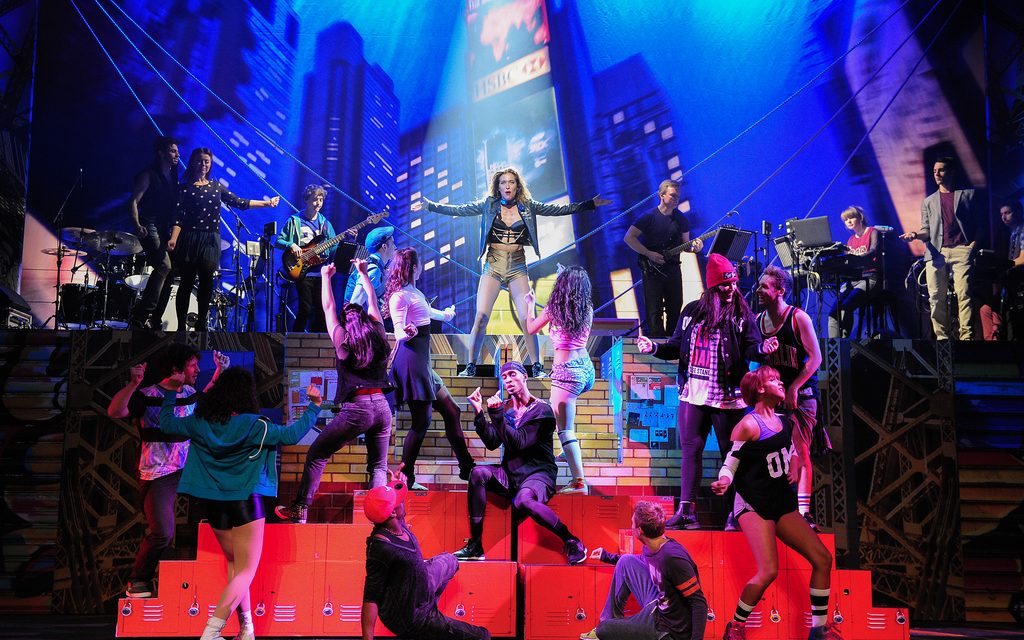 Last night saw us take a trip to the Lowry theatre to watch the 25th Anniversary production of Fame – The Musical.

Under the directorship and choreography of award-winning Gary Lloyd, a truly multi-talented cast put on a colourful and energetic stage performance to a packed theatre. With many theatre credits to his name including director and choreographer for Thriller Live! and 20th Century Boy, The Story of Marc Bolan, Gary described directing Fame as a “rite of passage” for him.

The original film from 1980 brought us the powerful storylines of the lives of a group of students at the New York High School of Performing Arts, the stories of their hopes, dreams and challenges as they grew up and prepared to enter the real world as professional dancers, musicians and actors.

Bringing the special anniversary production up to date for the 21st century, Gary reworked the musical element of the production to give it a more modern feel. With a live band that included drums and guitar playing from a raised platform above the stage, the musical numbers included an eclectic mix of heartfelt solos such as These Are My Children (sung by Landi Oshinowo as Miss Sherman) and the powerful, emotionally delivered In L.A. (sung by Jodie Steele as Carmen Diaz) to Rap numbers such as Tyrone’s Rap (delivered by Alex Thomas as Tyrone Jackson).

Costume was also given a modern makeover with big hair and leg warmers traded for shorts, cropped tops, biker jackets and baseball caps. The set was cleverly designed with easily moveable rotating pieces that could show either scenes set within the school or those set outside in New York City. It was also inventively designed around the idea of a never-ending staircase, the idea being that in the life of a performer, one minute you can be on your way up whilst the next, you could find yourself back down at the bottom.

With a multi-talented cast, high-octane dance routines and amazing vocals, the show seemed to be a big hit with the audience. Most memorable will likely be Jodie Steele’s strong performance as Carmen Diaz, full of sass and attitude and delivering a spectacular finale performance of Irene Cara’s Fame, with full support and dancing from the entire cast which had the audience up on its feet, clapping and singing along.

Joseph Giacone gave a notable performance as the ragingly hormonal Joe Vegas, whose song Can’t Keep it Down had the teenage members of the audience (and also the more mature members) in giggles, whilst Landi Oshinowo’s credible performance as Miss Sherman, whose strong belief in every student having a solid educational background to fall back on should they be unsuccessful in the hugely competitive and fickle world of performing arts, sent a noteworthy message out to our celebrity and fame-hungry society.

With stellar vocals also from Molly Stewart, performing the gospel inspired Mabel’s Prayer and Sarah Harlington as Serena Katz singing Let’s Play A Love Scene, together with immensely energetic dance performances from the likes of Alex Thomas, Alexzandra Sarmiento and Aaron James (to name just a few!), Fame – The Musical was a vibrant show and great evening’s entertainment for all. If you can, grab your tickets before its final show at The Lowry on Saturday 10th May!