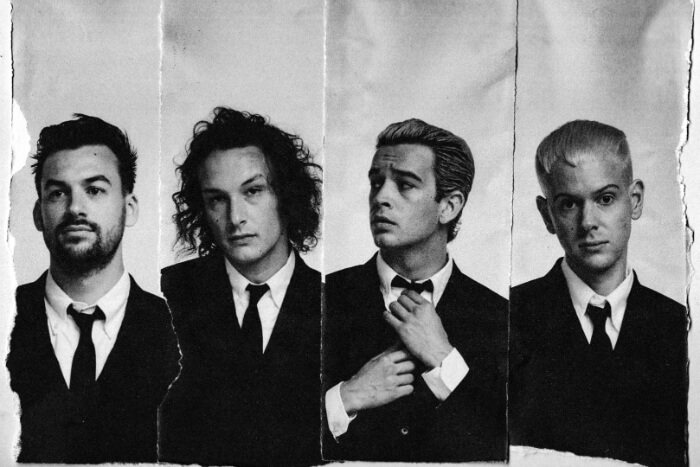 If we were to pick out every Manchester gig which could help fight those January blues, we’d be here a long time.  So we’ve selected eight of the top Manchester gigs hitting the city this month.  From R&B to Rock, there’s always something to see in Manchester, music capital!

Rapidly rising R&B star Ella Mai performs her The Debut Tour in support of her self-titled debut album.  The UK tour comes ahead of a series of dates across Europe before she heads over to a long line of shows in the US.  The album, released in October, features guest vocals from John Legend and H.E.R.  The album also features the songs Boo’d Up which went quadruple-platinum as the song become the longest running number one by a woman on the Billboard R&B/Hip Hop Airplay chart, and Trip which broke in to the Top 20 of the Billboard 100.

On the back of his new EP Obsession, Youngr brings his global tour to his hometown of Manchester, one of two UK shows he is performing.  The songwriter, producer, instrumentalist and vocalist (aka Dario Darnell) makes slightly off-centre pop, which brought him an EBBA award at the Eurosonic Noorderslag Festival before a series of single releases through 2018 and a huge US and South America tour.

Outstanding guitarist and vocalist Alina Ly plays at The Castle.  Whilst splitting her time between Seattle, Los Angeles and Manchester, Alina has honed a stunning sound. Her mellow, indie-soul makes for a beautiful, hypnotic live performance.  Support for what promises to be an excellent gig, comes from two outstanding artists, Lissy Taylor and Charli White.

Following the release of the No.1 critically acclaimed third album, A Brief Inquiry Into Online Relationships, The 1975 (pictured top) will be returning to home town Manchester for a massive arena date at Manchester Arena.  Support comes from Pale Waves and No Rome.

We’ve long admired This Feeling’s knack for spotting future big names and we think they’ve got it bang on again.  This Feeling: Big in 2019 features some of the acts which they think will break through in 2019 including Red Rum Club, Cleargreen, King Kartel, Social Room and Live Manchester favourites The Seamonsters who return to Manchester following awesome gigs in 2018 at Jimmys and The Castle … and we think they’ve got it spot on!

Los Angeles based Silent Rival open their UK tour at Manchester’s Night and Day.  Their last release, Just One Voice, was a huge hit and with a nod to American Horror Story’s Freak Show, the video has scored more than 1.3 million YouTube views.  The trio (Sara Coda, vocals; Joz Ramirez, guitar; and Yutaka Sao, bass) hail from different countries and bring with them varied styles – from nineties British garage-rock to the soul of Gladys Knight.  Overall, hints of the Strokes, New York Dolls, Queens of the Stone Age and Against The Current can be heard.  Silent Rival have recently been in the studio working on their next album, due for release this year.

Jerry Williams makes a welcome return to Jimmys following a run of dates in Germany.  The indie-pop singer songwriter from Portsmouth draws inspiration from her life growing up and those around her.  Perfectly crafted songs which sound as good acoustic as full band.  We caught her last Manchester headline gig at Jimmys and trust us, you won’t be disappointed.

Blood Red Shoes headline at Manchester’s Soup Kitchen days after their new album Get Tragic drops.  The Brighton duo perform a handful of intimate UK dates in support of the album, their fifth.  Accidents, heartbreak and a career curse have plagued Blood Red Shoes on the way to their new LP.  A near-decade of incessant road time took its toll, with the duo actually wondering whether they were still a band at all, amidst a radio silence between them lasting months.  But they’re back and sounding as good as ever.