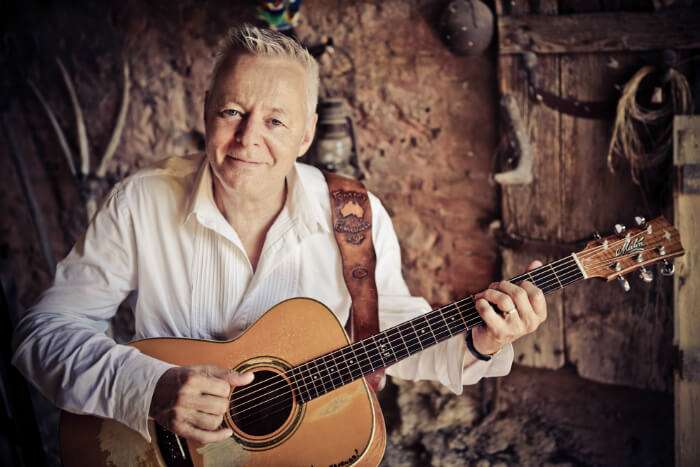 Guitar virtuoso Tommy Emmanuel has announced a run of UK shows including a performance at Manchester’s Royal Northern College of Music Concert Hall.

The run of dates follow the release of his latest album Accomplice One in early 2018.  The tour will also feature leading blues guitarist JD Simo, who appears on Accomplice One and with whom Tommy has toured in the USA.

Speaking about the tour, Tommy Emmanuel commented, “The Accomplice Tour keeps rolling on. I am very proud to announce that in March 2019 I am coming back to the Europe with the amazing blues guitarist JD Simo. Earlier this year, I did a run of shows with JD in the western United States. We had a blast, and I didn’t want it to end. We decided to take our guitar circus to the United Kingdom and Holland. I love playing with JD. He’ll play solo. I’ll do my solo thing, and then we’ll tear it up together. In the United Kingdom, we’ll be playing in Perth, Warwick, Shrewsbury, Salisbury, London Sheffield, and Manchester and the shows in the UK go on-sale this Friday. Dates in Holland are on sale now.”

“JD and I recorded “(Sittin’ On) The Dock of The Bay” for Accomplice One. JD also appears on the track “Wheelin’ & Dealin’” where he plays a blistering country guitar solo that still blows me away every time I hear it. Check it out, and I hope to see you on the Endless Road”.

In Interview: Lindsay Ell – “expect a lot of guitar solos

When does Tommy Emmanuel headline at Manchester’s RNCM Concert Hall?

When do tickets for Tommy Emmanuel’s UK tour go on sale?

Tickets for Tommy Emmanuel’s UK tour including Manchester show at the Royal Northern College of Music go on sale on Friday 19 October.