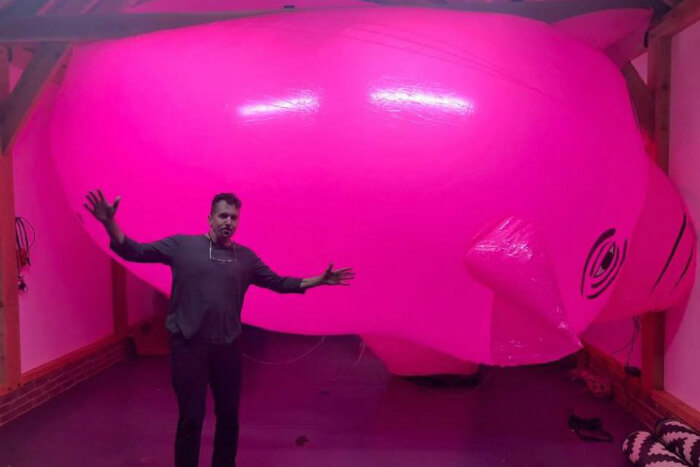 US psychedelic prog-punk band Wartoad have made a meal out of using a flying pig to promote their UK tour which includes two Manchester gigs.

The band, which performs at Jimmy’s NQ on 17 October and FAC251 on 26 October decided to take a leaf out of Pink Floyd’s book by importing a huge imitation of the legendary band’s inflatable pink pig.

But alas, all did not go as plan.  In fact, it almost jeapordised the tour!

“The idea was to haul the inflatable pig across the UK on top of our tour bus, inflating it at each venue as a symbol of good versus evil, but it seemed to have other ideas. Not only was it late in arriving, but then on inflating, it nearly knocked one of the band unconscious, and then when attached to the bus it slipped its moorings and flew across a field. When they finally attached it to the tour bus it actually pulled off the van bumper, and the final straw was when we were packing it away it seemed to be giving off a very obnoxious smell. So there was nothing left for us to do we felt than to get one of our druid mates to bless it and hopefully end the curse of the porker.”

Cue a trip to the English countryside where the band had the effigy blessed by a druid priest amidst a stone circle.  “Pagan blessings are de rigeur with all livestock and right in line with the band’s belief system” he adds. 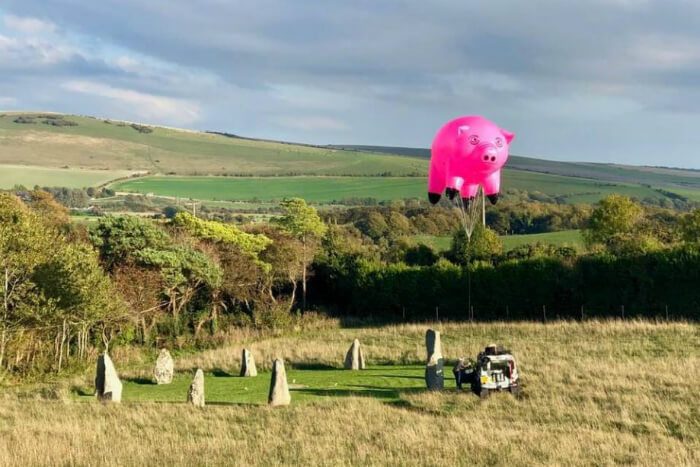 When do Wartoad perform in Manchester?