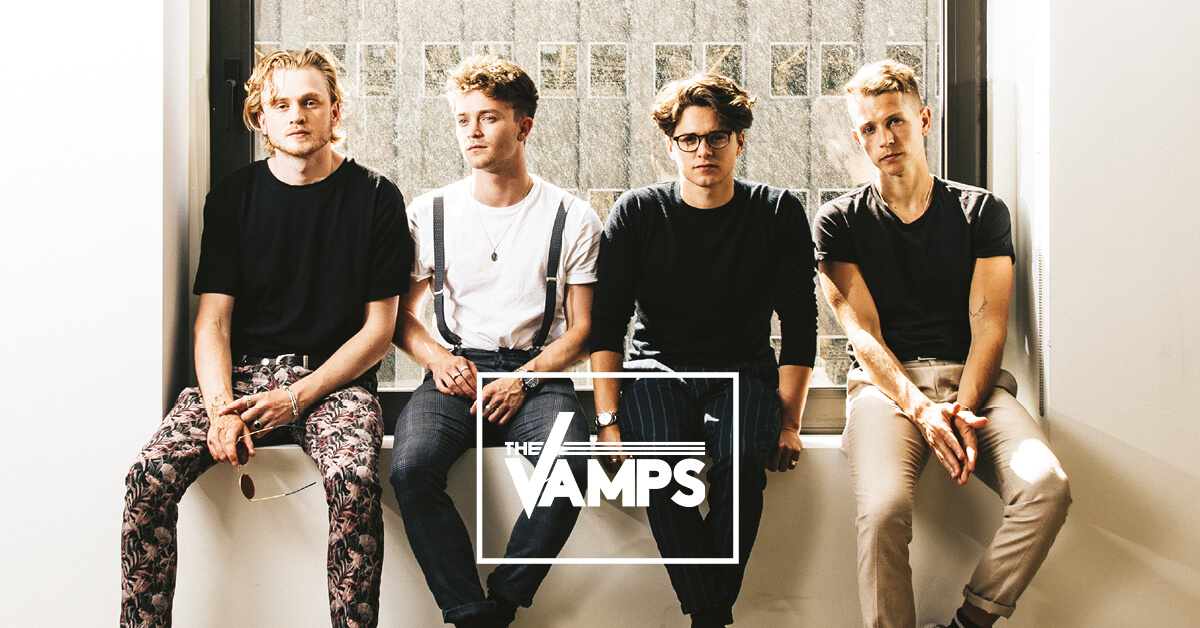 The Vamps have announced a fresh run of dates for 2019 including a Manchester gig at the O2 Apollo.  Over the past couple of years The Vamps have headlined at Manchester Arena alongside Maggie Lindemann (interviewed here) and Sabrina Carpenter who spoke about tour with us, but are now set to perform a more intimate show at the Apollo.

The announcement of the Four Corners UK and Ireland 2019 tour comes as the band build up to the release of their new album Night & Day (Day Edition) on Friday 13 July.

The group will be joined on the tour by trio New Hope Club and HRVY on selected dates.

When do The Vamps headline at Manchester’s O2 Apollo?

When do tickets for The Vamps’ UK tour go on sale?

Tickets for The Vamps Four Corners UK and Ireland 2019 tour, including Manchester gig at the O2 Apollo, go on sale at 10am on 28 July.