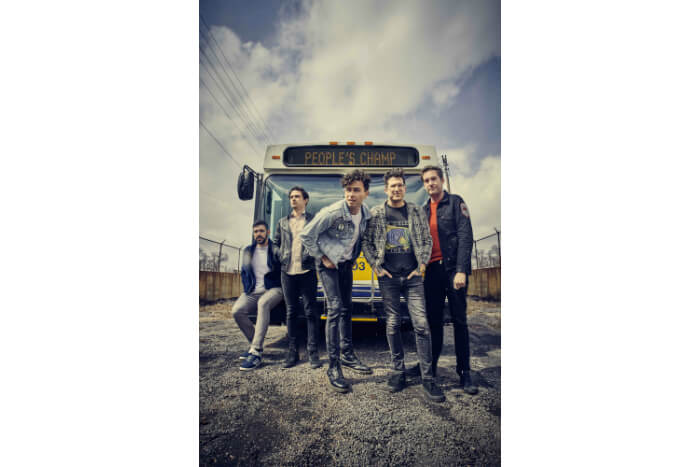 Arkells have announced a run of European tour dates including a Manchester gig at Manchester Club Academy in November.  The announcement follows the band recently performing their biggest show to date, with their hometown stadium gig aptly titled The Rally.

In June, Arkells unleashed their community-curated festival ‘The Rally’ to a crowd of 24,000 strong at Tim Horton’s Field football stadium, in their hometown of Hamilton. ‘The Rally’ featured special guests Cold War Kids, and Bishop Briggs. It is the band’s biggest headline show to-date, and the largest outdoor stadium show to hit the city since Pink Floyd in 1975.

The European tour will launch in November in Cologne before hitting hte UK a few days later.  The headline tour is a follow-up to their support run with Frank Turner and the Sleeping Souls.

Vocalist/guitarist Max Kerman, guitarist Mike DeAngelis, bassist Nick Dika, drummer Tim Oxford and keyboardist Anthony Carone, collectively known as Arkells, have been relentlessly touring in support of their most recent album, Morning Report; building their audience and further solidifying their reputation as a passionate, high-energy, live-rock authority. Since the release of the album, the band have made their debut at some of the biggest marquee festivals in the U.S., including Coachella, Lollapalooza and Bonnaroo. Their most recent hit single, Knocking At The Door, spent 14 weeks at number 1 on the Canadian Alt/Rock charts, making it the most played alt/rock song of 2017, and Arkells the most played band of the year. Their next album is expected in Autumn 2018.