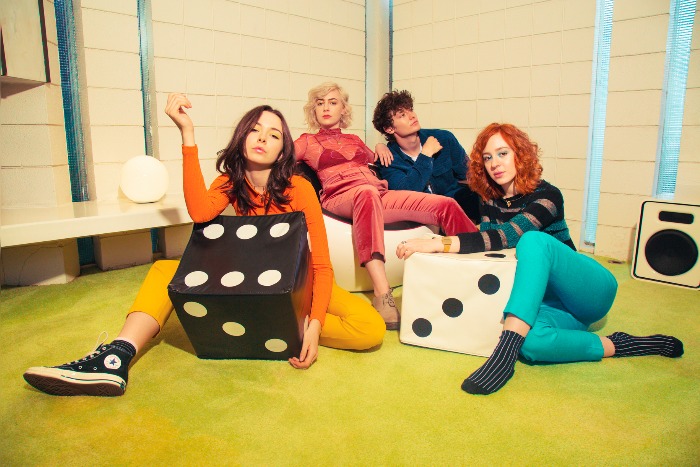 The Regrettes headline at Manchester’s Deaf Institute, as they return to the city touring new album How Do You Love?

The Regrettes, who first came to attention in 2017 with the release of debut album Feel Your Feelings, Fool!, are back in Manchester following previous shows at Dot to Dot Festival and supporting Twenty One Pilots at Victoria Warehouse.

The LA power-pop quartet are now heading back to the UK for seven shows off the back of their new album and performing on the main stage at Reading and Leeds Festivals.

Fronted by Lydia Night, The Regrettes’ How Do You Love? details the rise and fall of a relationship – from the first rush of butterflies to a destructive break-up, and then finding peace and closure.  The idea came to her after writing a group of songs about her experiences in real-life relationships.

Speaking about the album, Lydia Night commented, “I realised that they all fit together and tell a story,” she explains.  “It’s about finding bravery through love. Learning and accepting that, yes, you went through a shitty breakup but that’s amazing, because all that means is next time you’re in a relationship, you know so much more about yourself and about what you want.”

After offering fans sneak peeks of the album, the Regrettes had previously released the tracks California Friends, Pumpkin, Dress Up and Poor Boy before launching the album with the infectious guitar-driven single I Dare You.

When do The Regrettes headline at Manchester’s Deaf Institute?