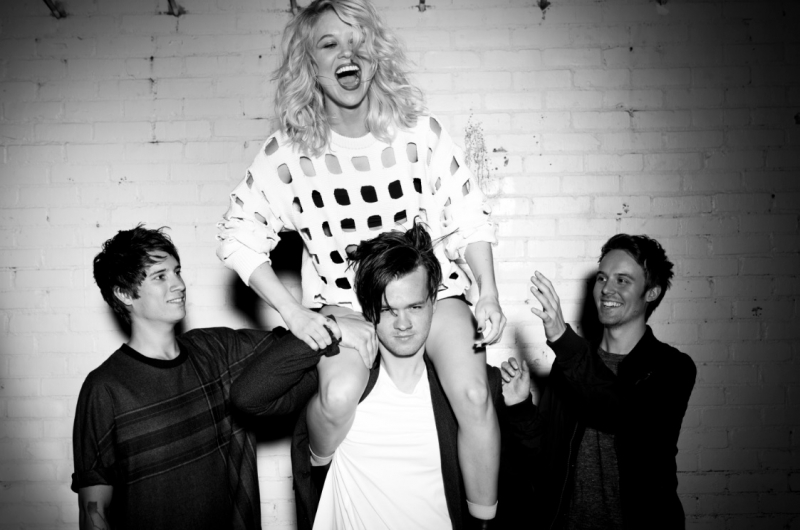 Monday 16 May – Transviolet – The Deaf Institute

US electro four-piece Transviolet (Sarah McTaggart, Judah McCarthy, Michael Panek and Jon Garcia) look set to whip up a storm in 2016, their self-declared aim to conquer the globe and change the status quo one chorus at a time.  Producing epic electro rock anthems and bold statements, it’s easy to see their appeal and they’ve caught the ears of  the likes of Katy Perry, Ellie Goulding and Twin Shadow with their debut self-titled EP. Support comes from Miamigo.  Tickets £6.50.

Ahead of the release of Laura Mvula’s next full length album, The Dreaming Room (out 17 June), one which she dubs “a beast of an album”, the classically trained singer performs at Manchester’s Gorilla.  The Mobo-winning, former Mercury Music Prize nominee has become one of the most intriguing acts around with a distinctive signature sound.  Support comes from Jodie Abacus, who has recently signed with Ministry of Sound and is due to release his new single She’s in Love with the Weekend this week.  Tickets £15.

The American singer-songwriter behind UK No. 1s such as Wiz Khalifa’s See You Again and Marvin Gaye with Meghan Trainor, Charlie Puth performs in support of his debut album Nine Track Mind, featuring the Radio 2 playlisted single, One Call Away. Having toured with Meghan Trainor last summer and supported Take That at the Apple Music Festival at London’s Roundhouse, Puth has been no stranger to the live circuit over the past twelve months and now headlines in his own right.  Tickets £16.

Friday 20 May – The Hyena Kill -The Deaf Institute

Graham Nash performs an intimate ‘evening with …’ at Manchester’s Albert Hall following the recent release of his latest studio album This Path Tonight.  The album is a work of reflection and transition by a performer whose career (both as a solo artist and as a member of The Hollies and Crosby, Stills, Nash & Young) has spanned more than five decades.  With guitar accompaniment by producer Shane Fontayne, the two-time Rock and Roll Hall of Fame and Grammy Award Winner, be playing material from his vast catalog, dating as far back as The Hollies.  Tickets £35.

Heads Up returns to Manchester’s The Ruby Lounge for an event showcasing the talents of BIMM music school’s artists.  This next show will feature Maddy Storm, Fluidity, Olly Flavell and Glass Cabins.   Tickets £4.