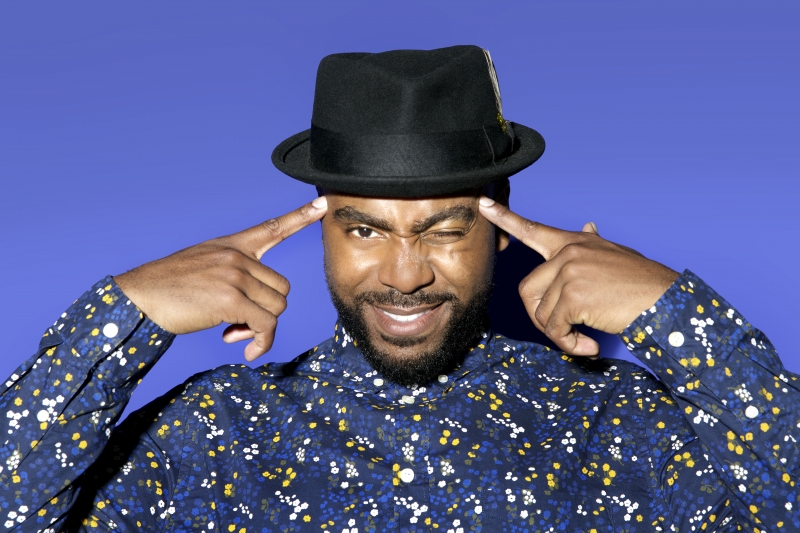 South-London future-funk musician Jodie Abacus is set to release his new single, She’s in Love with the Weekend on 20 May via Household Records, just days after he supports Laura Mvula at her Manchester Gorilla show.

The song, co-written with producer Fred Gibson (Brian Eno, Ellie Goulding), is a disco-infused song which showcases Jodie Abacus’ soulful vocals.  She’s in Love with the Weekend follows Jodie’s previous single, Hot Kitchen, which saw support at BBC 6Music, Radio 1 and 1xtra, with Metro hailing it as an ‘instantly addictive warped funk-pop tune’. Previous track I’ll Be That Friend hit number 1 on Hype Machine with over 250,000 plays on Soundcloud to date and was a top 10 in Spotify’s UK Viral chart.

Speaking on the single, Jodie Abacus commented “The song was written about someone that I like who is a party girl, but she really has no “off-switch”; she’s in Miami mode all the time. It’s kind of a sad song truly – I like her, but I’m concerned for her because she’s addicted to partying, and I don’t know where she’ll end up…”

Currently recording his debut album, Jodie Abacus, who recently signed to Ministry of Sound, has been in the studio with an impressive line up of artists, producers and writers this year, including Julio Bashmore, Tobias Jesso Jnr, Duke Dumont, Ariel Rechtshaid (Beyonce, Adele, HAIM), Rahki (Kendrick Lamar) and SOHN.  He is also set to perform at Manchester’s Parklife Festival.