In Review: Jules Rendell, Kristyna Myles and Ione-Mai at The Anchor 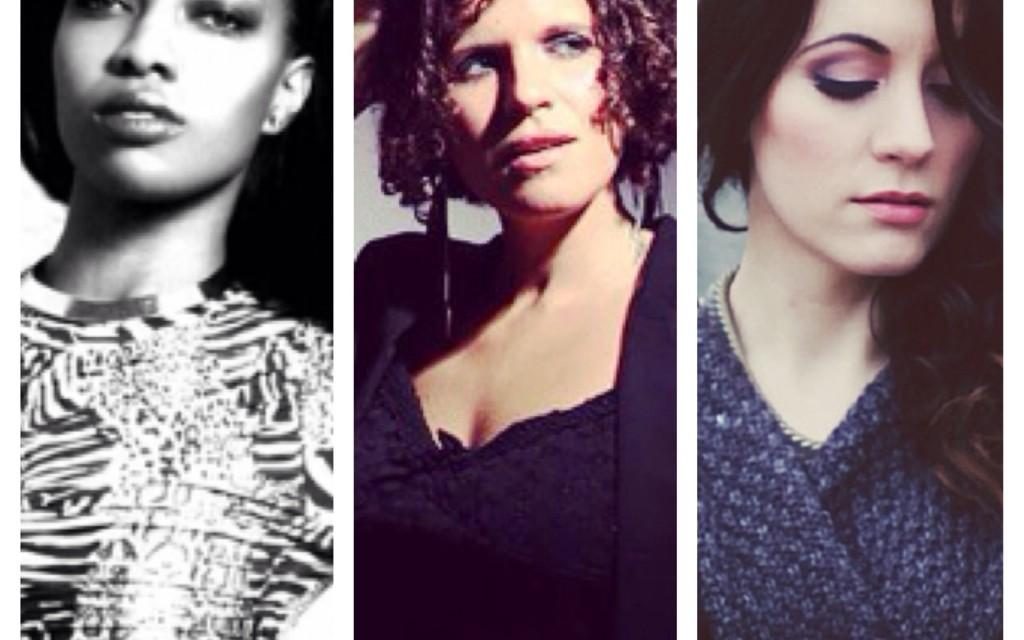 You don’t often get a bill with, quite simply, as much pure talent as this – three incredible singers, each outstanding in their own right. And not one put a vocal chord wrong during a stunning gig.

Opening the evening was Ione-Mai, who has performed alongside the likes of Gorillaz, Adam Green and Errol Brown, and took the extremely brave step of opening her set with an a cappella version of the title track from her debut EP Fighting Fear.  Performing a cappella takes quite some courage at the best of times, but when it’s the opening song of the opening set, that’s quite something.  The decision was immediately justified as she demonstrated her vocal and songwriting ability (which she enhanced studying Musical Theatre at New York Film Academy).  It’s this ability which has also seen her picked up by BBC Introducing, and recently performing at the Manchester Food and Drink Festival and on London Live.  Performing a selection of pieces she has written, her music had a beautiful feel to it – soul and r&b with a great beat.  Her songs Summer Love and Back In The Day perfectly showing what a gift for singing and songwriting she has.  And that’s not even mentioning the sensational cover of Anita Baker’s Sweet Love which she performed with such aplomb, continuing defiantly and with remarkable assuredness as the backing track failed – it seems she would have been more than capable of performing the whole set a cappella.

We’ve seen Kristyna Myles perform at the Manchester Jazz Festival and at the launch of her debut album Pinch Me Quick! and anticipated that her performance would be of an extremely high standard.  We were not disappointed.  Accompanied by guitarist Ben Williams, she delivered a stripped back set starting off with Heavy On My Soul, a sublime track tinged with a slight country feel before moving over to the keyboard to play Heaven Knows.  These tracks gave a slight preview of what is to come from her next album Paint A Brighter Day – and by the sound of these it’s set to be another stunning album following her debut Pinch Me Quick! earlier this year.  Kristyna Myles is actually running a Pledge Music campaign for her second album which can be found here.  She also performed a beautiful rendition of her recent GT Awards Song of the Year winner Just Three Little Words – and this coming only shortly after her nomination for a MOBO Award was revealed (marking her second nomination).  An exquisite set was rounded off with the foot tapper I’m Not Going Back.

Jules Rendell took to the stage with her band (guitarist, keys, drummer and bassist) for what would be an outstanding set of her original material with a few well chosen and perfectly delivered covers – it was a set filled with excellent tracks incorporating elements of soul, jazz and funk as she exhibited her ability to fuse genres and move through styles with ease.  This was unsurprising as her musical evolution has taken her through genres such as pop, jazz, gospel and even opera.  Tracks such as What You Can Do showed this perfectly – a driven, lively blend of soul, jazz and funk with a cracking riff allowing Jules Rendell’s vocal and songwriting talents to truly shine.  Her versatility was also evident as she moved to the keyboard for a stunning solo rendition of Waterfalls complete with a beautiful melody and a sensitive and subtle keyboard performance.  Similarly The Lotus Bloom started off with a stunning gentle opening before developing into a full bodied delight.  Against this backdrop of outstanding musicality, Jules Rendell also had a natural ability to interact with the crowd, keeping every single person hooked from beginning to end as they applauded every song appreciatively.  With an Aretha Franklin medley, an excellent twist on Bob Marley’s Three Little Birds and an exceptional cover of Nina Simone’s Feeling Good, she showed that not only is capable of writing and performing excellent songs but also of bravely taking classics and making them her own.

You can find out more about each of these incredibly talented artists below:

In Review: Charlie Cooper at the Manchester Jazz Festival
In Review: Ward Thomas at The Castle
In Interview: Kristyna Myles