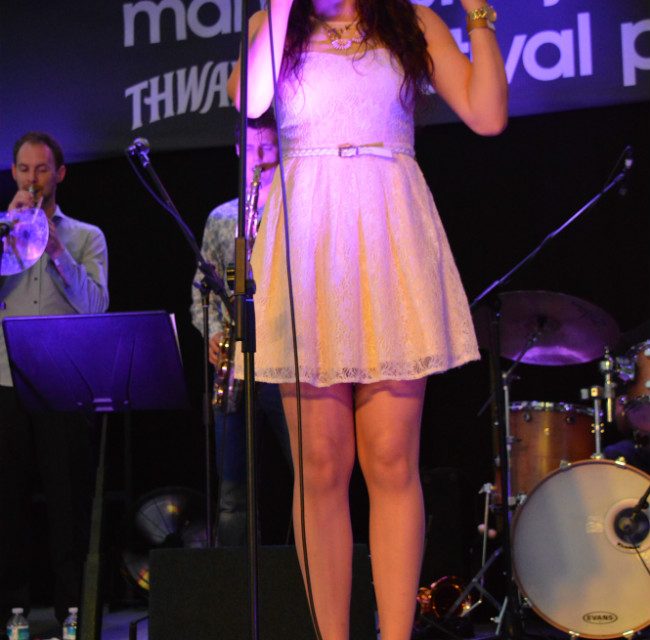 The last time we saw Kristyna Myles perform was at the launch of her debut album Pinch Me Quick! at the Deaf Institute – that itself was a great gig.  At the Manchester Jazz Festival 2014 she proved again what an outstanding talent she is, as she put on another outstanding performance.

What strikes you most about Kristyna Myles (other than the fact she has an absolutely incredible voice) is her infectious enthusiasm – what appears to be an overwhelming joy to be performing, a genuine happiness to stand on stage and give it everything she has got.  And she did from the very start of opening track Set Back through to the final note of I’m Not Going Back, putting on a stunning two set show.

Kristyna Myles delivered a number of tracks from her debut album, Pinch Me Quick!, as well as several which have been written for her forthcoming second album as well as her EP If I Wanna Wear Black (2013), with songs inspired by her own experiences and feelings, she puts on a very personal and intimate show.  She also performed a song inspired by the Teardrop Foundation, which she supports, If Song.

The songs were filled with variety and contrast, with striking pieces such as Big Love, featuring a stirring bassline, being contrasted with the delicate, beautifully delivered Paris Match.  Funky jazz pieces such as Heaven Knows (not to be confused with the recent Pretty Reckless song of the same name – they couldn’t be more different!) and Drop Me A Line (which enjoyed a funky bass line which bassist Baz seemed to be having the time of his life delivering), contrasting with delicate and powerful Autumn, and the slightly heavier country feel of the incredible track Heavy On My Soul (simply put the number of the night, a high tempo driven piece during which every band member and vocalist was given an opportunity to shine). This was a performance which featured track after track of stunning material and top notch delivery – there were, quite rightly, cheers of appreciation following her exquisite performance of Just Three Little Words.  And as if to further demonstrate the power of her voice and talent she retired to the piano on several occasions to deliver stripped back performances including one with just her guitarist, Ben Williams, and backing vocalist Joy Ononokpono as support for her delivery of new song Garment Of Shame. 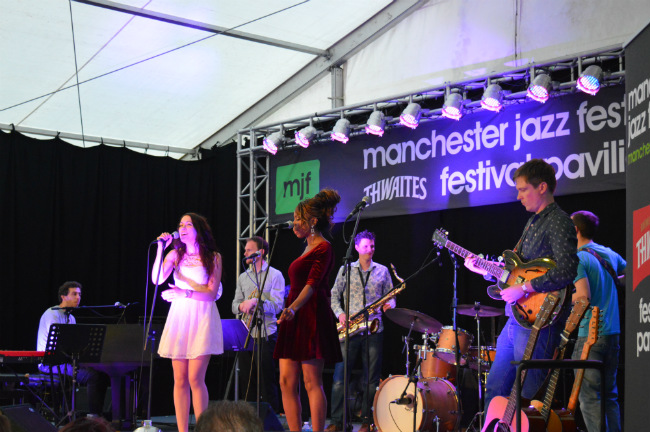 But the talent isn’t just with Kristyna Myles.  On stage with her were equally talented musicians – Joy Ononokpono (backing vocals), Chris Stevens (trumpet), Simon Reynolds (tenor saxophone), Ben Williams (guitar), James McKeown (keyboards), Baz Howard (bass) and Gaz Hughes (drums), who each performed to the highest of standards.  Of particular note were the excellent guitar, trumpet and saxophone moments in the country flavoured A Change Is Going To Come.

Whilst we turned up certain that she would deliver a phenomenal performance, we left knowing that there is also an incredible second album on its way.