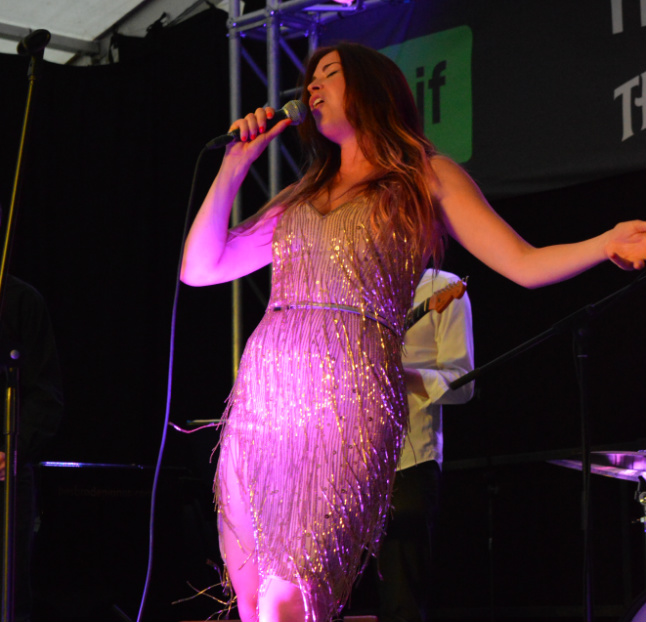 As The Manchester Jazz Festival 2014 entered into its final evening, it was the turn of Charlie Cooper to co-headline by performing, alongside her band the CCs, the first set of an outstanding double bill, which featured a second set performed by the Hackney Colliery Band.

Charlie Cooper brings a blend of soul, jazz and blues, fusing it with glamour and a clear love of performing.   She delivers tracks which are varied from the seductive delicacy The Secret of Love to the up-tempo Don’t Make Yourself At Home and the vintage impact of Needs Must (When The Devil Drives).  And she does this in a way which screams vocal powerhouse – an unequivocal strength of voice, able to deliver a song with unquestionable vigour.

It was apparent to the audience that they were about to witness a stunning show as soon as Charlie Cooper walked on stage, looking glamourous in a gold dress, and launched into the impressive track Something In The Water, a funky driven piece.  And she immediately showed the variation in her repertoire, slowing things down for the delicate, soulful Beautiful Clown, a track which showcases her voice perfectly – a gentle, soft opening rising to an outstanding powerful finale accompanied by a rising crescendo of brass, which had feet tapping, heads swaying and brought tremendous applause. 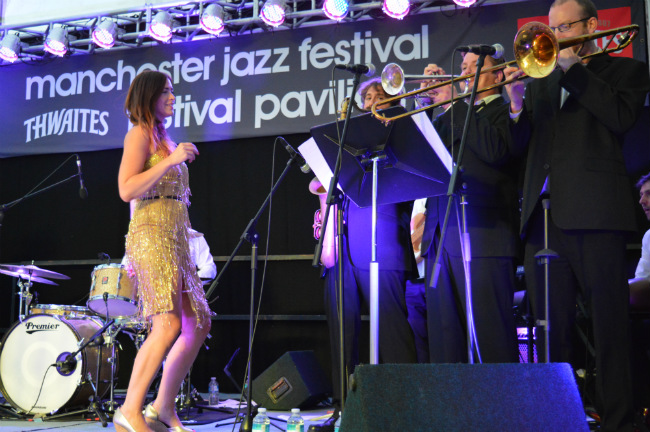 Charlie Cooper and the CCs at Manchester Jazz Festival 2014

The stand out tracks were Black Dog, a mysterious driving bass helping to create a moody atmosphere which played along tremendously to the beautiful mystique in Charlie Cooper’s voice and the excellent track Needs Must (When The Devil Drives) – the title track of her debut EP, which featured outstanding trumpet and saxophone solos as the piece drove fiercely towards a fitting and stirring crescendo.

In the CCs Charlie Cooper also has a tremedously talented band, which provided the perfect foil for her vocal skills.  Whilst the bass and drums were, as they so often are, the driving force behind such funky pieces as No Room, the whole band was outstanding, from the beutiful guitar arches of Broken Bones and excellent guitar work of Don’t Make Yourself At Home to the impact of the brass and their creation of an air of mystery in That Man.

There’s surely a bright future for Charlie Cooper as she now gets set to perform at Kendal Calling.  She is also set be on stage at Matt & Phreds on Friday 19th September.