In Review: Charlie Cooper at Matt and Phreds 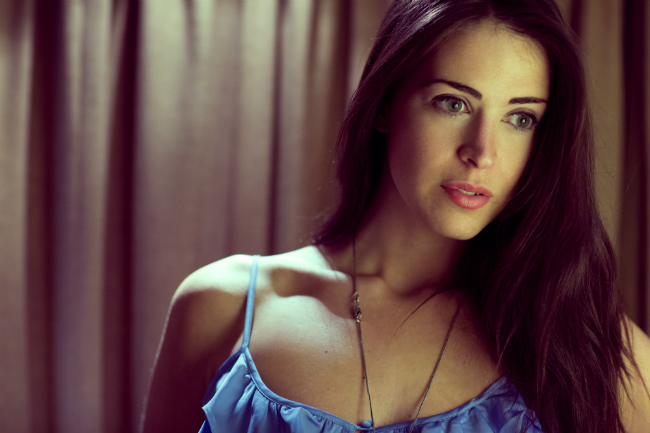 In recent months, Charlie Cooper has been featured on Craig Charles’ Soul and Funk Show on BBC Radio 6 as well as on BBC Radio 2 and was selected by Jools Holland himself to open his O2 Apollo gig in December 2013.

So, last night we headed down to Matt and Phreds to catch her live, launching her debut EP Needs Must (When The Devil Drives).

Within seconds of her stepping foot on stage, we were blown away and it was obvious that we were in the presence of a natural talent, with a rich voice ideally suited to soul and jazz.

Her opening track No Room set things off to wonderful start. Accompanied by her band the CCs (Guitar, Drums, Bass, Keys, Trumpet, Trombone, Sax and backing vocals), Charlie found her stride effortlessly, showing that she was more than comfortable in front of the microphone.

She then slowed the pace a little with the beautifully jazzy A Little Less and soulful delight Beautiful Clown, one of the tracks from her EP, during which she was able to display her immense vocal strength, as well as her playful nature on stage as one of the band donned a clown nose. A funkier and deeper soulful sound then followed with Feet Of Clay which was followed by a further EP track, That Man, a tremendous song filled with drama and an excellent retro feeling. Following this we were treated to the brilliant Learn To Run and What About Tomorrow, which provided the perfect track to showcase her strong soulful voice.

It was amazing to think that Charlie was giving such an impressive performance, despite struggling with a sore throat which she battled through bravely (and in truth you never would have known as she performed incredibly throughout). After a performance of Broken Bones, full of soul and heart, we were treated to Black Dog, the song championed by Craig Charles, and it was easy to see why – a deep, moody track, full of attitude, it was performed impeccably.

EP track Secret Of Love followed, picking up the pace again with a strong driving bass line, full of funk. Her natural performing ability again came to the fore with her performance of Something In The Water, in which she talks of jumping in with both of her feet, a mantra she seems to have adopted admirably with her performances, clearing giving everything.

The final track was the title track to her EP, Needs Must (When The Devil Drives), a track filled with soul, borrowing elements of jazz, and again displaying an amazing vocal talent. Tremendously written and performed, this, as well as all of her tracks, translated perfectly from the recorded medium to the live stage.

Unsurprisingly, the crowd demanded an encore, and in truth everybody there could have quite happily stayed and listened for hours on end, with strangers literally turning to each other and commenting on how good she was. She performed a funky version of My Doorbell which earned the White Stripes a Grammy nomination, and which she easily made her own.

Charlie Cooper’s debut EP Needs Must (When The Devil Drives) is available for pre-order now on i-tunes. She also has three more Manchester gigs lined up over the next few months – Solomon Grundy in Withington (26 April 2014); The Jackelope in Chorlton (25th May 2014); and The Cinnamon Club in Altrincham (27th June 2014) – don’t miss the opportunity to see her live.

You my also be interest in:-

In Review: Kristyna Myles at The Deaf Institute