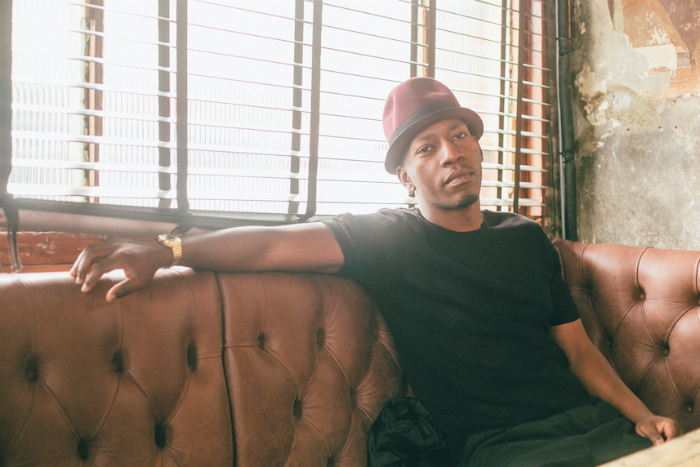 With a smile which almost literally stretches from ear to ear, it’s obvious that Tiggs Da Author is delighted to be out on stage, performing at Manchester Academy.  He is positively beaming, jumping around on stage, lapping up every moment of his performance.

In a lively opening he shouts “Anybody want some?”  Judging by the buzzing crowd’s reaction, it’s a resounding yes.  He’s not the only person having fun.

Tiggs Da Author blends his influences particularly well, influences which include African jazz, grime, and motown.  And in the track Georgia, his debut single, he sets a strong retro vibe to a modern twist.  The result works well.

Just two tracks into the set, the crowd have embraced him.  He looks comfortable on stage, lively, excited yet completely at ease and relaxed.  He effortlessly raps and sings, displaying a strong, soulful voice.

The varied influences come to the fore again in Brand New, a song written about an unfortunate date he had, tinged with comedy.  Rap, soul and jazz all combine to good effect.

The set seems to lose a touch of momentum as her plays a few samples of his collaborative work.  The effect is a little stop, start.  As each track builds, he stops to move on to the next.  In truth, his ability has already shown that he can stand on his own and doesn’t need to rely on collaborative work he has previously been involved in.  Nevertheless, it does help to connect to the crowd – there are screams as he mentions Stormzy, and the sample of KSI’s Smoke N Mirrors which he collaborated on hits home with fans.

He finishes the set with Run, his most recent collaboration, this time with Lady Leshurr.  Up tempo, jovial and catchy, it has fans jumping and singing back to him.  It’s a strong ending to the set for the Tanzanian born, London based singer, rapper, songwriter and producer.

As he leaves the stage, still grinning, it’s actually difficult not to compare him (and favourably so) with one of his Grime influences, Dizzee Rascal, albeit with the added bonus of his soulful singing ability.  He’s definitely won over some news fans and certainly shown what is to come from him.