Previewed: Charlie Puth at The Ritz 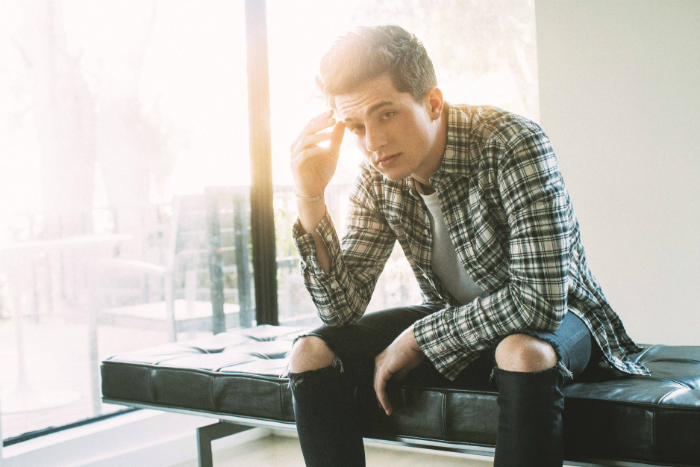 Having toured with Meghan Trainor last summer and supported Take That at the Apple Music Festival at London’s Roundhouse, Puth has been no stranger to the live circuit over the past twelve months. He has also recently performed his first US headline tour, which sold out in just a day, and will be opening for Billy Joel and Selena Gomez in the summer.

First heard on Wiz Khalifa’s UK number one hit See You Again, taken from the Fast & Furious 7: Original Motion Picture Soundtrack, the track – written and produced by Puth – has been a worldwide success. Soaring to the iTunes top spot in 101 countries, the single spent two consecutive weeks at #1 in the UK’s Official Charts and surpassed 1.5 billion views on YouTube making it their most watched music video of 2015 in the UK above Adele and Taylor Swift. Last year, the track won three Teen Choice Awards (‘Choice R&B/Hip-Hop Song,’ ‘Choice Collaboration’ and ‘Choice Song From A Movie or TV Show’), a Hollywood Film Award (‘Best Song – Feature Film’), Critics Choice Award (‘Best Song’) and has since gained a string of award nominations including two American Music Awards (‘Song of The Year’ and ‘Collaboration of the Year’) – where Charlie performed with pal Meghan Trainor – two MTV VMAs (‘Best Hip-Hop Video’ and ‘Best Collaboration’), a Golden Globe (‘Best Original Song’) and a BBC Music Award (‘Song of The Year’) as well as three Grammy nominations for – ‘Song of The Year,’ ‘Best Pop Duo/Group Performance’ and ‘Best Song Written For Visual Media.’

A Berklee College of Music graduate, Puth is also finding himself among modern pop’s most in-demand co-writers and producers with no signs of slowing down – recent credits include two tracks on Jason Derulo’s latest album, the R&B single Slow Motion by Atlantic’s own Trey Songz, with further collaborations with Fergie and many more in the pipeline.

Charlie Puth performs at Manchester’s Ritz on Friday 20 May 2016.