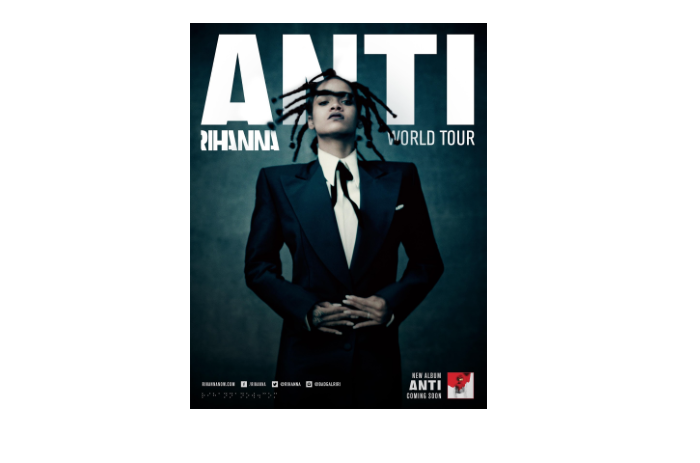 Gobal superstar, Grammy Award winner and multi-platinum selling Rihanna has announce a world tour which will see her performing more than 70 shows, including one in Manchester at Emirates Old Trafford.

The singer, who has sold in excess of 54 million albums and 210 million digital tracks worldwide, released seven albums, scored 13 Number One singles and won 8 Grammy Awards is the most viewed artist on Vevo and Youtube with over 7 billion views.

Rihanna’s Anti World Tour will be supported by Big Sean during her European dates, with The Weeknd also appearing as a Special Guest.

Tickets for Rihanna performing at Manchester’s Emirates Old Trafford on 29 June 2016 go on sale on 3 December.