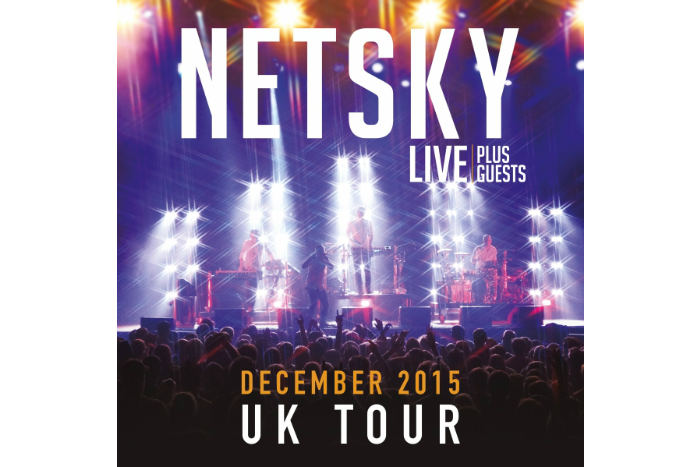 Electronic artist and drum and bass legend Netsky is set to bring his incredible live show back to the UK this winter alongside his full band and a host of very special guests. The exclusive five date run will see him playing at Manchester’s Gorilla on 11 December.

Netsky’s rise up the ranks has been a sight to behold. He first made his name with Hospital Records in 2009 with a series of blistering releases including single Memory Lane and his infamous self-titled debut album Netsky, which propelled the talented young producer from Belgium into the premiere league. Starting out with an underground drum ‘n’ bass label like Chase & Status did before him, Hospital Records ended up being the perfect springboard for Boris Daenen to get to where he is today.

Following the huge success from his last two albums, this year Netsky’s third album campaign got well underway with the release of new single Rio, a summer anthem which become a hit around the world, was added to the daytime playlist at BBC Radio1 and found itself a firm festival favourite.  Netsky has had a huge summer touring the European festival circuit with his live band, including an incredible set at Wireless in London where he was joined on stage by Emeli Sande who appears on his new album, and his homecoming headline slot, playing to over 60,000 people at Pukkelpop in Belgium, complete with a 30 piece samba band and amazing light and laser show.  As his live show continues to grow and push the boundaries that define how electronic music can be produced and experienced, Netsky is currently putting the final finishing touches to his highly anticipated third album and fans can expect to get a taster of brand new material at these shows. These are shows that you do not want to miss.

To celebrate Netsky performing at Manchester’s Gorilla on 11 December we have two tickets to the gig to give away.  Simply like the post on our facebook page and leave your name in the comments section or re-tweet our twitter post to enter. Winner to be selected at random 11.00am on Friday 4 December 2015. For full terms and conditions see here.