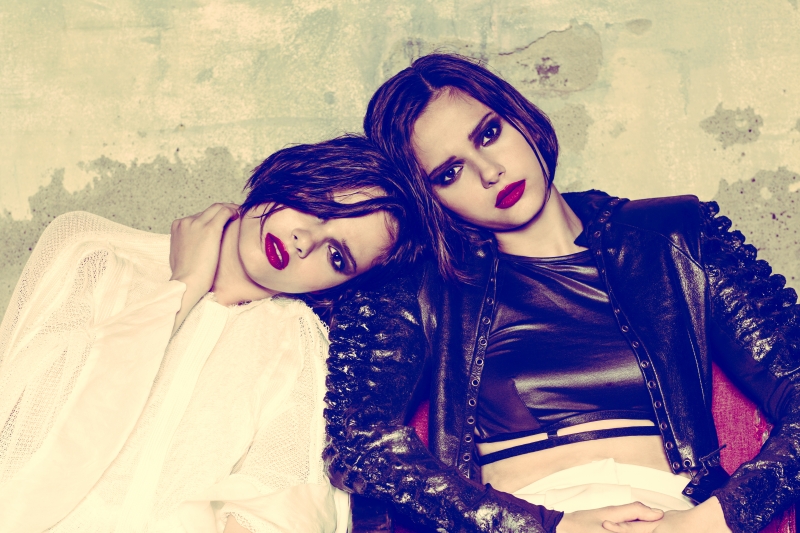 Fashionista darlings, Bloom Twins, have been announced to support Duran Duran on their winter UK Arena Tour which stops off at Manchester Arena on Friday 27 November.

The Ukranian duo, Sonia and Anna Kuprienko have been billed as a new sound for a new generations, with an intoxicating, individual sound shaped by their unusual background and perspective.  It’s a sound which crosses genres as they blend electronica with melodies, mixing in the flute, harmonica and piano.

Sonia and Anna Kuprienko grew up in a small town outside of Kiev, but moved to the UK last year to pursue their musical vision, leaving behind political turmoil at home.

After uploading their debut track ‘Fahrenheit’ to YouTube in 2013, Bloom Twins had a double impact on both music and fashion, opening the doors to numerous profile pieces in magazines such as Vogue, i-D, Paradigm and Numero. Since then, fashion elites including Wonderland, Hunger and Flaunt have heralded them further.

They are currently working on their debut album to be released in 2016 and have been in the studio co-writing with Duran Duran’s own Nick Rhodes, who has also produced the songs.

Bloom Twins will be supporting Duran Duran at: