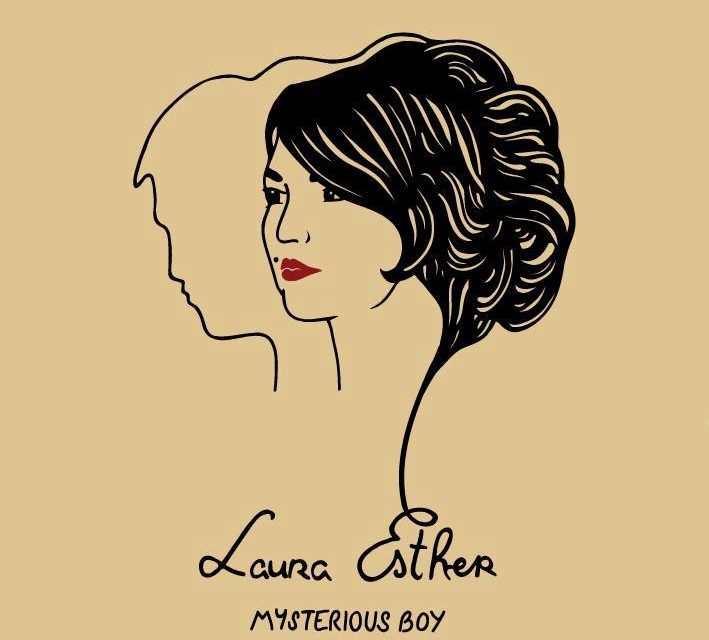 French singer songwriter Laura Esther is set to launch her debut EP Mysterious Boy at Gullivers on 24 May.  Sneak previews at recent live performances have shown that Mysterious Boy is set to be an outstanding debut, with marvelously crafted songs by an extremely talented artist.

We caught up with Laura Esther to find out about her debut EP, how she is influenced by French culture and what fans can expect from the Mysterious Boy EP launch at Gullivers in Manchester’s Northern Quarter.

You’re a French artist, based in Manchester.  How did that come to be?  Did Manchester hold a certain allure for you?

I’ve lived in Manchester for a bit less than 3 years now. I decided to come to Manchester for music mostly. I met a great singer songwriter called Kristyna Myles from this city  6 years ago in Lyon, my hometown in France. She really inspired me to write my songs and perform in public and gave me the great opportunity to support her in Manchester at The Seven Oaks in Chinatown a few years ago. I just fell in love with the city and with the mancuninans. The music scene is amazing, I just loved the fact that music is everywhere here and  I feel like people are more relaxed about it. I think music is more popular here and this is what I really enjoy about Manchester.

Can you tell us a bit about your musical influences and inspiration?  How did you come to be involved in music?

I started singing when I was about 7. I was very impressed and inspired by female singers with a very powerful voice like Celine Dion, Whitney Houston etc. Singing has always been like a realease for me, it’s like a therapy!

When I was a teenager I remember listening to a lot of RnB and Pop music like Destiny’s Child, Beyonce, Justin Timberlake and then more soul music like Stevie Wonder, Aretha Franklin, Amy Winehouse etc.

Today I’d say one of my biggest inspirations is probably Lianne La Havas. I’ve seen her playing live twice and every time she just blows me away. Her voice and guitar playing are just amazing.

How long have you been writing and performing?

I started writing songs about 5 years ago and started performing regularly when I came to Manchester. I had performed publicly in France before that but not as much as I do here.

Your music definitely has an exotic twist to it.  Was that something you set about doing deliberately or did it happen organically?

This happened quite naturally I’d say even though I had thought about it before. I’ve always wanted to mix different styles of music as I find it really interesting and Claire Northey, the amazing violonist who plays with me, gave me the confidence to do this by bringing her own northern African and eastern European influences into my music. I’ve been really happy to see how, I think, our own influences suit each other.

Do you feel that your French heritage has played a part in the development of your music?  Have other cultures also had an influence?

I definitely think that my French heritage played a part in my music mostly with lyrics. For example, I’m sure that the song I wrote about my addiction to chocolate which is in the EP has been influenced a lot by French music. In France we have a category of music called La chanson a texte where the lyrics  are actually often more important than the music itself. It’s almost like a poem in music. In this song I chose to personnificate chocolate to make the addiction even more mad!

Your debut EP, Mysterious Boy, is due for release in May.  Can you tell us a bit about it?  What should we expect?

Mysterious Boy is my debut EP. There are 4 tracks, 2 of them were written in France (Mysterious Boy and Lost) and the other 2 in Manchester (Deep in My Soul). It is the result of those last 5 years.

I started recording it last year with my good friend Greg Chiche, a really great sound engineer who’s also French and based in Manchester. We both produced the EP.

We had the great pleasure to work with amazing musicians like Rachel Lasham on percussion (cajon, darbuka, congas etc.), Mark Lewis on electric bass and double bass and Claire Northey on violin and bouzouki.  Greg also played some electric guitar on Deep in My Soul.

I personally played acoustic and electric guitar on the EP in addition to the vocals.

And to celebrate, you’re holding an EP launch at Gullivers.  What can people expect from the evening and from a Laura Esther live performance?

Yes, it will be on 24 May at Gullivers on Oldham Street in NQ.  This gig is going to be the most important gig of my life for sure and I’m trying my best to make it unique.  What I can say is that I will perform with my full band for the first time in one of the best music venues in Manchester.  Also, there will be some videos at the back of the stage during our set, thanks to People Staring and we will have the wonderful Katie O’Malley  and the amazing Zoe Kyoti as support acts.  There will be other surprises that hopefully will make the night special!

The first 15 people to arrive at Gullivers will have the chance to win a prize which includes a free poster, a free CD and a chocolate box (Laura Esther is a self-confessed chocoholic) so don’t be late ! 😉