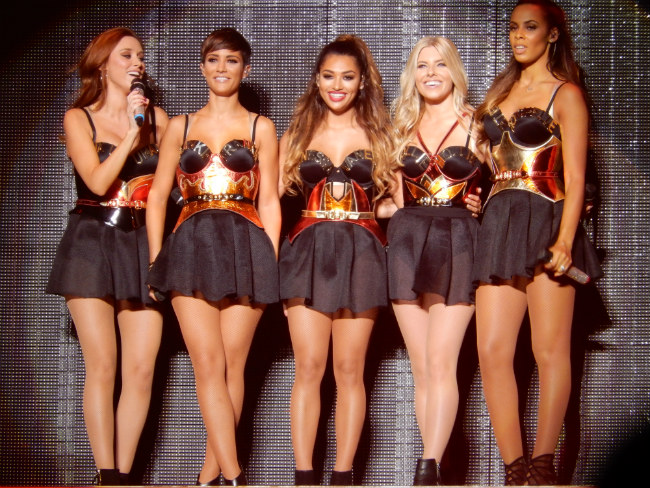 The Saturdays had promised that the release of their Greatest Hits album (The Finest Selection) and Greatest Hits tour were not the end of several hit-filled years, but simply the start of a new chapter.  At the Apollo they proved exactly why their fans are hoping that this is the case and why they are hoping for many more years of The Saturdays as they delivered a blistering performance of hit after pulsating hit, charting their career from the outset through to most recent chart successes.

It was an extremely up-tempo gig, showcasing their transition from straight up pop in their earliest days through to the more dance and r&b influenced hits of the last couple of albums.  It’s a transition which has served them well and the crowd certainly appreciated the energy and verve which the five brought to the proceedings, singing back virtually every word.

With a series of outfit changes, they looked glamorous throughout (although Vanessa did slightly spoil the illusion confessing that the shine to her skin was actually sweat – no surprise though considering the effort and energy they each put in).

The show was incredibly well put together with carefully thought-through interludes allowing for costume changes and songs perfectly grouped together featuring New York themes, fire themes (during which the dancers dressed as firemen no doubt to the delight of the group who displayed their mischievous side commenting on of of the dancer’s long hose!) and a touch of disco fever.  The disco section worked particularly well and showcased their hit track Disco Love into which they wove a few lines of Britney’s Baby One More Time before performing an excellent medley of songs including 30 Days, One Shot and Missing You.

Vocally and musically, they excelled.  Whether it was in the high octane encore All Fired Up or the mellow Chasing Lights (during which Una and Mollie played guitars) and Heart Takes Over, they delivered their songs perfectly to the adulating (and very mixed) audience (all ages and genders were there, brought to their feet, dancing and singing merrily away).

There’s no doubt that the Saturdays are a tight-knit group and genuine friends, laughing along with each other throughout, and it’s obvious that they genuinely care about their fans and are appreciative of them, repeatedly thanking them for the support which has made their careers possible so far.  Long may it continue.