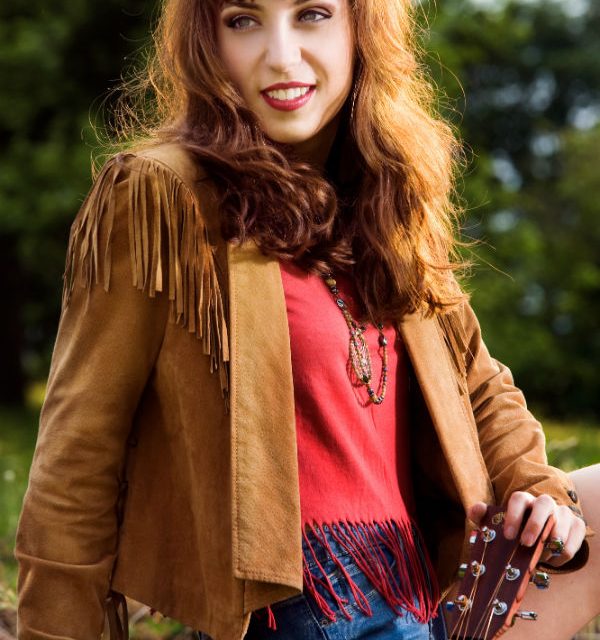 British country singer/songwriter Sasha McVeigh is set to perform at Manchester’s Night and Day café on Wednesday 17th September as a special guest in their showcase.

The show marks the latest step on what is an upwards trajectory as she embarks upon a mini UK tour before heading over to Nashville to record her debut album in November.  All this follows her brave step to turn down University places to pursue her dream of writing and singing country music, raising funds to do so alongside her parents by selling all imaginable possessions.  But this was no surprise as music has been her life for as long as she can remember – she was dancing around the living room to CMT (Country Music Television) when she was just 18 months old, singing in the shopping trolley aged 2 and started playing the keyboard aged 10 before picking up the guitar and banjo.

Unsurprisingly America has featured heavily in her development so far and she has recently returned from an eight week tour which saw her driving a total of 12,500 miles as she hit the road performing at major venues and music festivals.  This marked her second US tour following her debut tour there in 2013 which lead to a performance at the Academy of Country Music Kick-Off Party in Las Vegas.  She also found herself opening for Dustin Lynch and Thompson Square and performing on the main stage at the renowned Country Jam USA in Wisconsin at their 25th Anniversary show.

Success this side of the Atlantic is also beckoning and Sasha McVeigh has been chosen as Artist of the Week three times with her music being picked up by BBC Introducing and performances on the BBC Stage at Wychwood Festival, as well as appearances at Lakeside Festival, Rock The Farm and Yeehaw Festival.

The future certainly looks bright – her debut single has been recorded and a 45 date tour of the US and Canada is planned which will also feature 10 major festivals and a further UK, Ireland and Europe tour scheduled for January – March 2015.  Hard work, dedication and determination is certainly paying off.

Sasha McVeigh is also set to perform at Basement Live in Oldham on 3rd October.