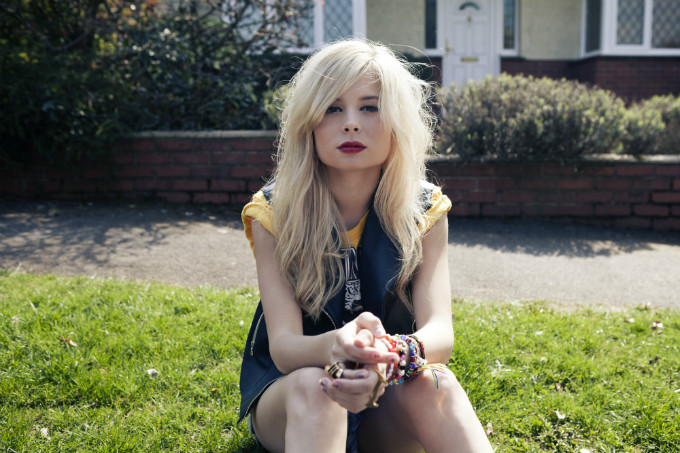 In the lottery of life, Nina Nesbitt hasn’t done too badly at all. At the age of 19, she’s an experienced gigger, launched her debut album, Peroxide, scored an army of fans, she’s certainly got the looks and style and she’s definitely got the talent to match.

Almost a regular on the Manchester live scene, she has performed at venues such as Sound Control, Band on the Wall, The Academy and The Deaf Institute.

We headed down to The Ritz to see Nina live and, like the rest of the audience, we weren’t disappointed.

As Nina walked out on stage, wearing a Blondie t-shirt given to her by a fan from Belgium, the venue erupted. Fans were overjoyed and the packed Ritz came to life. She immediately launched into the title track from her debut album, Peroxide, following up swiftly with The Outcome and The Apple Tree. Despite this being her biggest (non-festival) gig yet, any concerns of nerves were quickly dispelled as she performed with ease, strumming away comfortably with her guitar.

She also showed her versatility, moving to the keyboard to perform a beautiful solo version of A Great Big World’s Say Something and then Two Worlds Away with just her guitar for accompaniment.

The return of the full band then signalled a return to the rockier side, with fan favourite Mr C, showing her skill with writing social commentaries, and Tough Luck. After a brief slowing down with Align, the crowd were bouncing along merrily to Way Of The World, a song inspired by her foray into the retail world and a tale to inspire people to follow their dreams.

Lighting was used to full effect during He’s The One I’m Bringing Back as she beat a sugar laden drum in time to the beat, the sugar lighting up and bouncing into the air to dramatic effect, whilst the audience joyfully sang along. Immediately contrasting this, she managed to bring the audience to deliberate silence for an emotional performance of The people, before whipping them back up into a frenzy with Selfies (featuring fans pictures beamed onto the stage), a nod to the festival season of which she is such a big fan with Brit Summer and a fitting finish with huge crowd favourite Stay Out, during which she spent time hugging fans who were fortunate enough to be close to the front.

Whilst some acts can leave you wanting live, Nina Nesbitt is definitely not one – a show full of energy and enthusiasm, variety, coupled with a fantastic voice and obvious talent. We’ll certainly be back for more next time she plays.