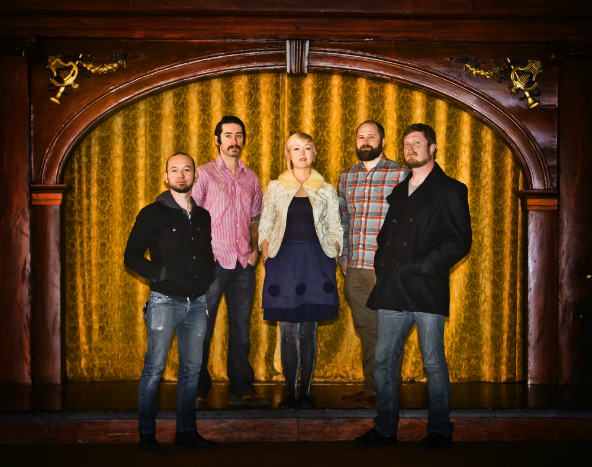 Murder By Death come to Deaf Institute to celebrate the success of new album Big Dark Love – their seventh studio record. For a band who’ve built a formidable 15-year career around a meticulous consideration for the effects of pressure, bombast and ecstasy, it’s something to say that this is their most dynamic release to date. Their sound is characterised by the tension inherent in a balancing act between the melancholic and the inspirational – much like signature Spiritualized or Morphine, and textures both synthetic and authentic in a way that late ‘90s-era Flaming Lips hadn’t figured out yet.  Support comes from Crazy Arm. Tickets £10.

Meshell Ndegeocello – Band on the Wall – Tuesday 19 May:

The uncompromising and gifted Meshell Nedegeocello comes, filled with all of her diverse influences, whether it’s go-go, hip-hop, r’n’b, new wave or punk, to Band on the Wall following her acclaimed 2014 release Comet, Come To Me.  The album marked her eleventh release and brought facets of all her previous works into one place.  Tickets £20.

The now trio of Mark Owen, Gary Barlow and Howard Donald begin their Manchester residency.  With some of the most memorable and spectacular live productions in UK music history under their belt, they will no doubt wow fans again, many of whom will recall previous encounters with aerialists, circus performers, a giant elephant and even a 60ft robot!  The band have said: ‘We’ve always been very proud of our live shows and are very excited to be touring again next year. Playing live is something we love the most about what we do and we’re looking forward to putting on the most amazing show we can. It will have been four years since our last tour so we’re really keen to get back out on the road to play some of our biggest songs from the last twenty years alongside our new ones. We hope to see you there!’   Support comes from Ella Henderson.  Tickets £55-£85.

The excellent singer songwriter known as Lauren Henson to her family, will be performing tracks from her debut album No Romeo which hit the top twenty of the UK album charts and showed a sign of things to come with an excellent series of electro-pop tracks.  The debut full lengther followed the Nottingham siren’s breakthrough single Solo Dancing which saw her enter the top 20 single charts, accumulate well over a million plays online and going on the BBC Radio 1 playlist, cementing her position as one of the UK’s most hotly tipped and exciting new voices.  Tickets £11.

On the back a recent highly successful support slot with You Me At Six and All Time Low earlier this year, Ohio four-piece Walk The Moon return to the UK with a headlining series of gigs showcasing their album Talking Is Hard.  Lead single Shut Up And Dance is an undeniable pop-rock gem, an anthem in waiting and already a live fan-favourite.  The album itself has new musical elements that take the band into uncharted territory. Raw vocals and new wave hooks mix with heavier riffs that combine the old with the new, revealing more with every listen. Songs of growth and survival combine with a musical restlessness and a tremendous rock-pop enthusiasm.  Tickets £12.

One of the UK’s most influential shoegaze bands, Ride, are set to perform at Manchester’s Albert Hall, returning after a 20-year live hiatus.  Famed for the ear-shatteringly loud, droning neo-psychadelic wall of sound, fuse with a simple melodic approach.  Praised by the music press of the time, Ride hit the charts with albums including 1990’s Nowhere, 1992’s Going Blank Again (which was certified gold), 1994’s Carnival of Light and 1996’s Tarantula before life outside of music took priority.  Tickets £25.

In Review: EofE and Glamour of the Kill at Sound Control
In Review: Turbowolf at The Deaf Institute
In Review: The Saturdays at the O2 Apollo