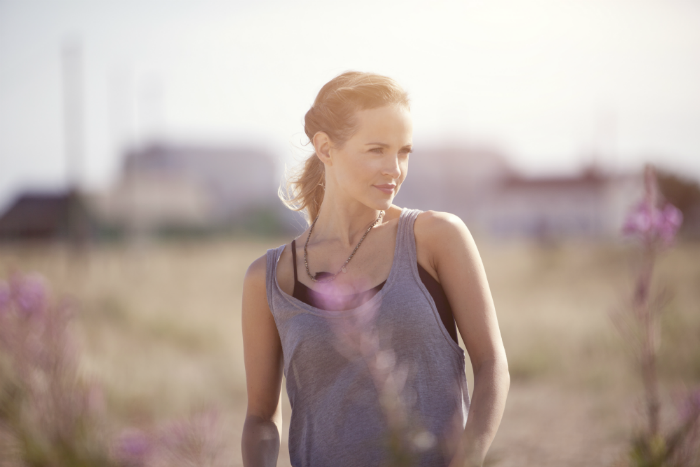 Mercury Prize nominated Gemma Hayes is set to perform at Manchester’s Gorilla on Sunday 17 May.  The gig comes off the back of her recent single Palomino and latest acclaimed album Bones + Longing, the Tipperary native’s fifth album.  It’s the third gig in a nine-date tour which saw the opening night in Cardiff receive rave reviews.

The Irish singer-songwriter is renowned for pushing boundaries, a reputation which has grown over a breathtaking 13 year career, beginning with that Mercury nominated album Night On My Side in 2002.  She later scooped the prestigious Meteor award in Ireland for the excellent 2006 release The Roads Don’t Love You.  Over the years, the experimental artist has turned her hand to create music of all genres from blissed out folky ballads, to anthemic lo-fi pop rock and dreamy shoegazing noise attacks with stunning conviction, earning her a definitive renegade reputation.

Bones + Longing  encompasses all of that but locates it in an ethereal ambience of its own, like loud makes played quietly.  Recorded in Shankill, Dublin, Strong Room Studios, London, and Black Box Studios, France, it was produced by longtime collaborator David Odlum (The Frames, Josh Ritter).  Guitars were played by Gemma and David Odlum, various keyboards and backing vocals by Romy.

Bones + Longing is the third album to be released on her self-established Chasing Dragons record label (along with former albums Hollow Of Morning in 2008 and Let It Break in 2011) and it was an album she was careful to make seem natural, avoiding over-production.  “I wanted to focus on the heart of the music and not strive for technical perfection,” says Hayes. “There are songs that desperately want to be anthems but we’ve done a kind of anti-production. Drums are only used sparingly. There’s a lot of first takes, flaws and imperfections. It’s a more raw form and that’s scary. But when I’m singing, I know what I’m feeling. I just wanted the vocal take where I really meant it.”

For Hayes, music is a way of life.  “When I’m in the song, it’s a lovely place to be, where you are completely in the moment, not thinking about anything else, lost in the music” she comments. I’m a daydreamer. I’ve always loved the way a song can create an atmosphere in a room, and get into people and slightly change them while it’s being played. I got hooked on that when I was a kid. I used to play piano for hours, cos it took me to a higher place in my heart and my head. And that’s why I still do it. I like where it takes me.”  And it seems to go even deeper.  “After every album I am ready to give up,” says Gemma. “I keep thinking that I’m not married to music, I could walk away any time I want, I am totally finished, I’ve taken everything I can and given everything I can. And then I try to stop … and I realise it goes a lot deeper. Writing songs can be a struggle. But when I stop, I realise I’m a nutcase. I need it. It gives me peace.”

Gemma Hayes performs at Manchester’s Gorilla on 17 May 2015.  Tickets £15 plus booking fee.

In Interview: Baskery
Review: Kristyna Myles at The Deaf Institute
In Review: Ward Thomas at The Castle