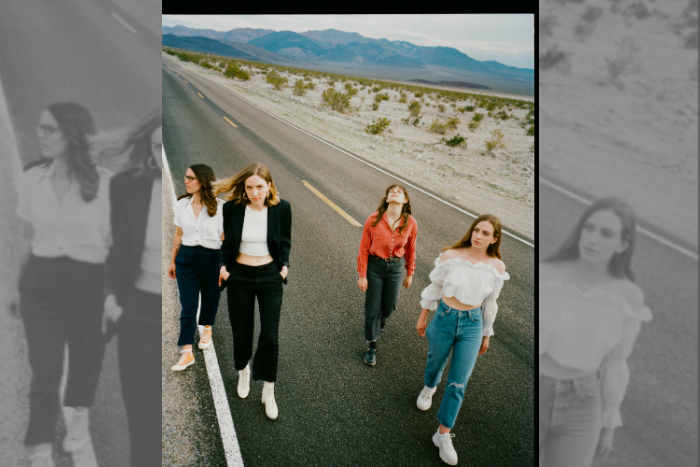 The Big Moon have revealed their new single It’s Easy Then ahead of a run of UK dates including Manchester’s O2 Apollo.

It’s Easy Then is their first new music in more than two years and marks the first taste of their upcoming second album.

Explaining the track, vocalist and lyricist Juliette Jackson revealed, “It’s Easy Then is really about finding strength in strange times.  We work too much, we think too much, we know too much so we all worry too much. Our anxieties are stoked every day. Music has this incredible way of helping us see with a new perspective, and ties up our feelings in a way that language by itself never could.

“I wanted to write a song that made me feel better. Something that captured the frustrations, but also the hope and joy all at the same time.”

The track was recorded in Atlanta alongside Grammy Award winning US producer Ben H Allen III.  The single is their first new material in more than two years, following on from their Mercury Prize nominated debut album Love In The 4th Dimension

When do The Big Moon perform at Manchester’s O2 Apollo?