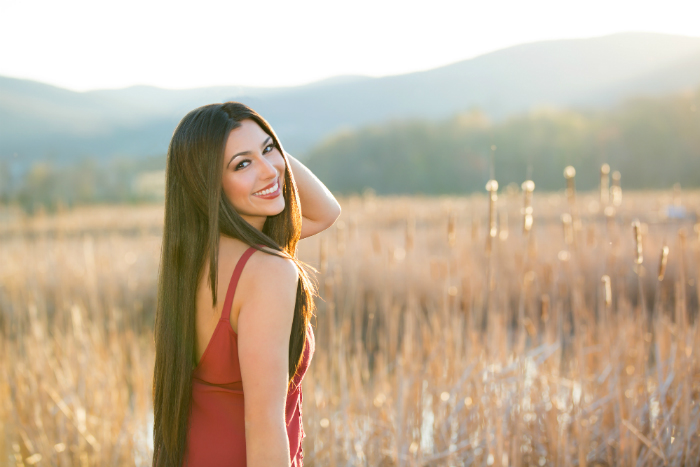 She’s been touted as an artist to watch on the country music scene and now Jessica Lynn comes to Manchester’s Night People.  She has been dubbed “Shania’s Successor”; shared stages with Brad Paisley, Keith Urban, Kelsea Ballerini, ZZ Top and more; been described as a “Rocket Force” for her high energy shows; and in the last two years has enjoyed huge success with her singles Let’s Don’t and Crazy Idea as well as recording full length concert television specials.

“I am feeling tired at this point”

The Manchester gig comes in the midst of a huge run of dates taking her through Europe, performing headline shows and festivals and her return to the UK.  Taking in to account her US shows, Jessica Lynn has actually been on the road for coming up to three months now.  “I am feeling tired at this point,” she admits, “but the excitement keeps me going. It always overpowers any fatigue! I really try to get enough rest, at least 8 hours of sleep a night, eat healthy, and I wake up every morning to exercise!”

And that discipline and commitment has paid dividends.  It’s a determination which stems back to when she was first starting out as a self-taught musician forming her first band as a teenager.  Browsing through her social media and mentions of her online show a clear pattern of fans praising her shows, strong reviews and an ever-growing buzz.  The connection with her fans is also impressive and something she is keen to embrace.  As we ask her about the highlight of the tour, it’s that connection and friendship which she immediately brings to the fore.  “For me, the true highlight is meeting the people. It is amazing to see how music can connect people from all around the world when we don’t even speak the same language. That is my favourite part.”

The Brooklyn born Jessica Lynn tells us of her love for every place she has visited on this tour, taking in France, Germany, Poland, Italy and she enthuses about a return to the UK, “I absolutely love the UK and was so excited to return again. The fans here are so appreciative of live music and for an artist and songwriter, it is such a special place to play for this reason.”

So far the European dates have included a mixture festivals and headline shows and she seems equally thrilled about both.  “The festivals are a lot of fun because you get to make so many new musical friends” she explains, “It is great getting to meet all of the other bands. Festivals just always also have such a great atmosphere. The headlining shows however, are very cool for me because it means a lot when people come out to see my concerts, not because of the festival atmosphere, but because they enjoy my music. It is wonderful.”

As she continues to embrace the connection with fans, she has been letting fans in behind the scenes on touring life, performing at festivals, headlining venues.  “For the 1st time ever, I have made a tour vlog for every single week of the tour on YouTube. My fans can follow the band and I along the road each week. It is really cool for me to be able to look back and relive everything that we did and all of the great moments.”

But whilst many vlogs of artists tours can reveal chaos off stage, touring mishaps, transportation issues and equipment failures, don’t expect that from Jessica Lynn’s vlogs.  “This tour has run so smoothly that it has really caught us by surprise!” she exclaims, “The biggest hiccup we have had so far was that the festival that we played this past weekend, had very strong smoke machines that made us all sick and made us lose our voices!”

With Jessica Lynn spending so much time on the road, we’re keen to know how she fits in any writing.  “I am usually very tired by the time I get back to my hotel room each night” she admits, “but being around so much music and so many incredible people at the shows, I am often inspired.”

“I have started a bunch of songs on the road on this trip that I will finish when I have some time on an off day or two,” she continues, “I am really excited about them.”  There’s no formula or specific process to her writing, Jessica Lynn finds her inspiration from people and feelings, from something she sees which will generate that spark.  “I am not the type of person that can sit down and say I am going to write a song,” she says, “They never turn out any good. I find my inspiration in things people say, the way people act, and my daily emotions and feelings. I often hear or see something that inspires me and it will set off a chain reaction that just creates a song. I really don’t know how else to describe it. It is just a feeling that happens when the time is right.”

And it’s that approach which she has accepted since her self-titled debut EP in 2016.  But whilst the approach is the same, she points towards the change in her sound.  “My sound and maturity definitely has [changed]. I have lived a lot of life since then and experienced many things that have moulded me into a more complex person. This really shows in my more recent music.”

Jessica Lynn is bringing that sound and the connection with fans to Manchester’s Night People on Friday.  “Fans … can expect a lot of energy and fun” she declares, “The band and I really love what we do and people say that that always comes across on stage. We love a lot of crowd interaction and a lot of positivity!”

“it shows me in a totally different way”

UK fans of Jessica Lynn may have caught her recent show Takin’ Over on Spotlight TV.  This is one of a number of TV specials she has filmed.  In fact, she will be shortly be shooting another.  “I am extremely excited about my brand new television special,” she explains, “because it shows me in a totally different way.”  She looks at the TV special as an opportunity to let fans into the inspiration behind her music and fulfils a desire she has had for quite some time.  “This new show is a stripped down, acoustic, behind the music style television special,” she continues, “I am able to tell the stories behind the songs and show people who I am not just as a performer, but as a person. I have been wanting to do something like this for a long time.”

And that’s just one thing she has coming up.  You’d thing that after months on the road, touring across Europe and the US, Jessica Lynn would be keen to take a break and relax, but far from it.  “When we finish these dates, it is right back into touring and the States” she enthuses, “We have a bunch of large New York events lined up, and then go into prep for the holidays. We do a very big Halloween bash every year, as well as a big Christmas show for toys for tots.  My television show will also be full swing in the USA by the time we return and we will be on tour supporting the program.”

When does Jessica Lynn headline at Manchester’s Night People?