In Review: Astrid S at Gorilla 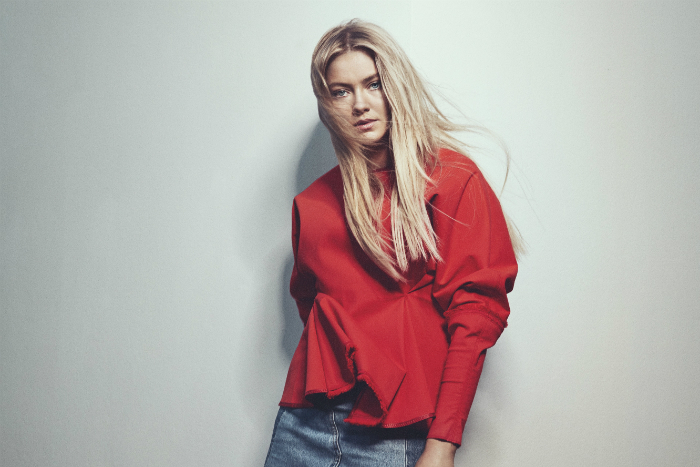 Scandinavia has produced a fair few pop stars over recent years.  The latest to make her mark on the international pop scene is Astrid S who makes her Manchester debut at Gorilla – on her first ever world tour.

And whilst Astrid S may not yet be the worldwide household name she has the potential to become, it’s safe to say that she has certainly caught the attention of many fans, media and industry figures in the four years since she placed fourth in the Norwegian version of Pop Idol.  The singer has recently been nominated for her third EMA in three years, picked up growing media coverage with the likes of NME and MTV throwing plaudits her way and seen her singles hitting the airwaves.

Within moments of Astrid S coming on stage at Gorilla, it’s easy to see the appeal.  Blasting out Bloodstream, she’s clearly a talented singer, has a knack for infectiously catchy tunes and is full of energy.  Throughout her set, the crowd and clearly buzzing.  They bounce around as much as she does, sing back to her and cheer every song.

The set list is predominantly upbeat, with a drummer and keyboard player accompanying her and creating a delicious electronic-pop vibe.

Each song appears to be a winner, but in particular her latest single Think Before I Talk gets quite the pop from the crowd.

But she quickly shows that there is more to Astrid S that just upbeat pop, slowing down for the dramatic and emotive Does She Know and demonstrating her political side (although she acknowledges that it is her only political song!) with Such A Boy.

There’s also sparse and acoustic with Mexico, a slower dreamy number before one of her biggest hits Party’s Over hits the spot and a thunderous response from her fans.

After two more excellent tracks, the outstanding Breathe and Atic, she leaves the stage, before returning following a huge for an encore.

What follows is the absolutely stunning Paper Thin.  The slower, ballad-like number has everybody at Gorilla singing along.  Astrid S has had a smile on her face all evening, and it’s now broader than ever.  The response to her first Manchester gig clearly thrills her and as she completes the set with Hurts So Good you can see that she is genuinely feeling on top of the world.

Clocking in at around an hour, it’s not a particularly long set, but what it lacks in length it more than makes up for in punch and energy.  Gorilla only serves to enhance the gig, with the lighting and infamous backdrop creating a pulsating feeling and the proximity of adoring fans wrapped around the stage building a tight relaxed yet red-hot atmosphere.  There’s no doubt that Astrid S will making her mark around the world on this tour.