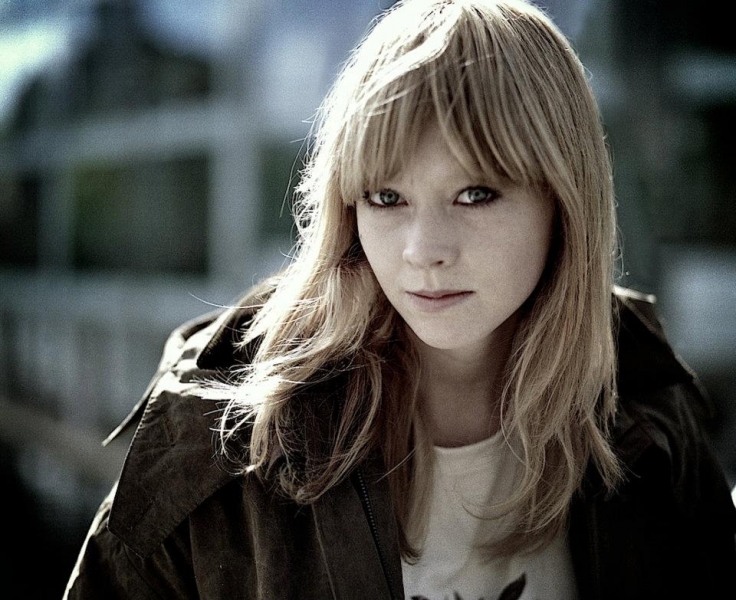 Lucy Rose’s latest album, Work It Out, is undoubtedly an album from the heart.  It’s personal. It’s emotional. It is, quite simply, stunning.

It’s one of those rare albums, which you listen to start to finish. No skipping. No mixing. The flow is perfect as it holds your attention, pulling at the heartstrings and allowing you to lose yourself entirely in the music.

We caught up with Lucy at Manchester’s Albert Hall, to chat about the album, being a musical sponge and her plans for South America.

How does it feel to put yourself out there and bare your soul?

I think it’s more difficult when I’ve first written a song and that song’s being played to people or when you first release an album.  Now I know the songs are out there I feel a little less exposed.  But generally now we’ve played the songs so much, the vulnerability goes as you just get used to playing them in front of people, so I guess I normally get more emotional if I see someone else, someone in the audience, connecting to me because then it feels so real for the first time.

The flow of the album of the album is wonderful.  Each song leads perfectly in to the next.  Was that something you set about doing deliberately, or did that just happen organically?

That did just come about.  There were some songs which we didn’t end up putting on which were actually my favourites when we were writing them, because it felt like for some reason it disturbed the flow of the record and that almost become more important than whether the songs were good or not, it was whether it worked as a whole.  I think the songs were written from the same mind-set, from the same space, knowing it was going to go in to this one record and maybe that helped.

You wrote everything yourself without collaborating – did you feel that was 100% beneficial or were there any points where you thought it would be good to bounce ideas off somebody else?

I don’t think it’s easy to know what’s the right thing, because lots of people go in rooms and they write great songs and part of wonders if I went in a room with another songwriter, would we come up with something better than my own?  But that’s almost irrelevant because it’s more that I have discovered that I personally find it very difficult to delve in to the deepest parts that I want to in a subject I’m talking about in front of another person at those early stages of a song and that’s probably just something with me.  But I felt, for me doing it, actually I lost faith in myself as a songwriter because I tried one or two, I felt maybe this is great, maybe I’ll write something that people really love.  But it was not beneficial for me as a person because I lost faith in what I was doing.  I didn’t think I was very good at it, that the person in the room was like ‘oh, she’s not very good at writing songs’ because I struggled to talk openly with someone I’ve never met before about important things to me.  So it just didn’t work.  And I guess the reason I’m doing this is to express myself and if I can’t feel like I can do that, then it’s kind of pointless.

The personal aspect of the album certainly shines through.  Do any of the songs particularly hold a spot in your heart?

The opener, For You, definitely meant a lot to me.  That was something I went through when I was recording the first record but I couldn’t really express myself about it and it was also too close to the time.  It was like I needed healing time almost, before I could sing about something.  And then when that song eventually came out, I felt like I sang something that I really needed to sing.  I felt really pleased that it came out because it made it real. 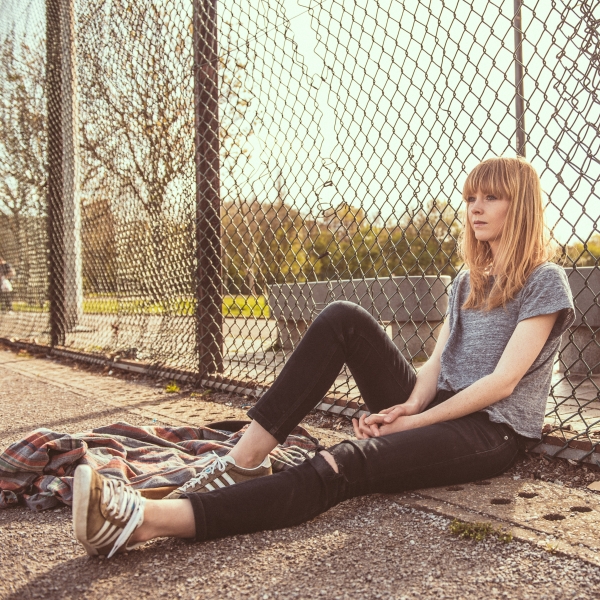 Inevitably, very soon after you’ve released an album and toured with it, people start to ask the question about when you’ll be writing again.

I write when I want to write.  I go through stages of being a sponge and then releasing.  After the second record was finished I felt really relieved and felt like I could express myself freely as it wasn’t going towards anything.  There was a freedom, I had all this time and didn’t have to worry about another one.  We went to Europe on tour and I was really creative there.  At the moment I’m reading a lot and I’m really engrossed in a series of books and it feels like it isn’t the right time to write as I’m in this other world at the moment.  At the moment I’m being a sponge.  When I get home and have some time off then I’ll be able to release again.

You mention time off, but you’re soon off to India.  How did that come about?

Someone I’ve been in contact with since the beginning, an Indian promoter, wanted to get me out there and said he’d do everything he could to get me out there.  He wanted my music in India!  So that’s just how it came about, by being friends with someone for a very long time.

And you’re also planning to take your music to South America.  I love the way you’re approaching that, getting fans involved in setting everything up.

That’s the biggest stress for me at the moment, because it’s so big.  I’ve almost bitten off too much to chew with trying to do everything I want to do.  It seems like I need a week in each place, which isn’t possible.  That’s on my to-do list.  It’s just really complicated.

People are recommending places.  I actually just want to play people that actually love my music.  I’m concentrating on a select group of 30 people who’ve contacted me saying ‘ I will organise everything’, ‘there’s a little pizzeria you can play at’, ‘you can stay with me and my parents will cook you dinner’ (she laughs) and that’s exactly what I want to do.  I’m concentrating on this pocket off people who really want to see me.

And that feeds in to what I find about your live performances, it almost feels like it is a bunch of mates all getting together, feeding again in to the personal approach.

For me there’s a lot of things which are really difficult about what we’re doing, which are normally behind the scenes, photoshoots, how you’re going to be represented, which is really confusing.  But for some reason, I feel like the fans just accept me for who I am, which is the greatest honour for a musician.  They accept me, want to come and hang out with me and listen to my music.  I think that there’s something very special about somebody coming and spending their evening listening to me playing music and I’m very grateful for that so I think that’s why I finish up on the merch stand, as I want to thank everybody for coming and spending their time with me.