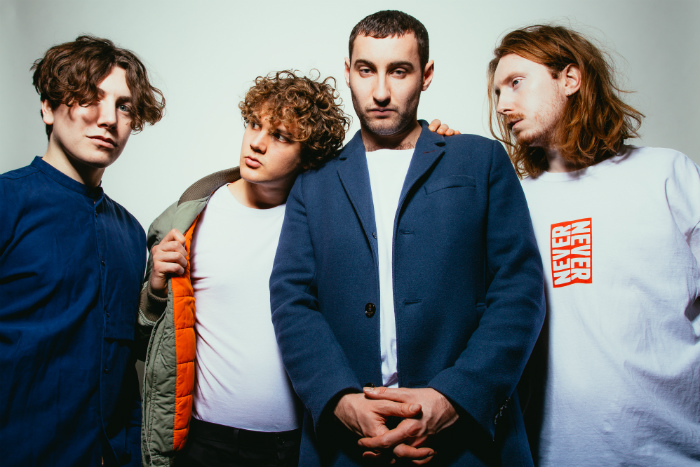 Sea Girls have released their new single Open Up Your Head as they prepare to head out on a UK tour including a Manchester gig at Gorilla.

Sea Girls rounded off an already incredible 2018 with an inclusion on the BBC’s Sound Of 2019 list, where they were not only one of only two unsigned acts but the only band to be included.

Now they have revealed new single Open Up Your Head.  The single gives a glimpse in to their debut album which is expected later this year.  The track premiered as Annie Mac’s Hottest Record, and is their first to be released since their BBC Sound of 2019 shortlist nomination at the end of last year.

Speaking about the single, vocalist Henry Camamile comments, “Open Up Your Head’ is about being your own worst enemy but having someone believing in you unconditionally. Some people struggle with self-esteem, some people party too hard, and some people feel stuck from making wrong choices. It can be crucial having someone who offers a hand out of those places we don’t want to remain in.”

Sea Girls head out on a nine date UK tour in late February.  The tour includes a Manchester gig at Gorilla, supported by APRE.

When do Sea Girls headline at Gorilla?