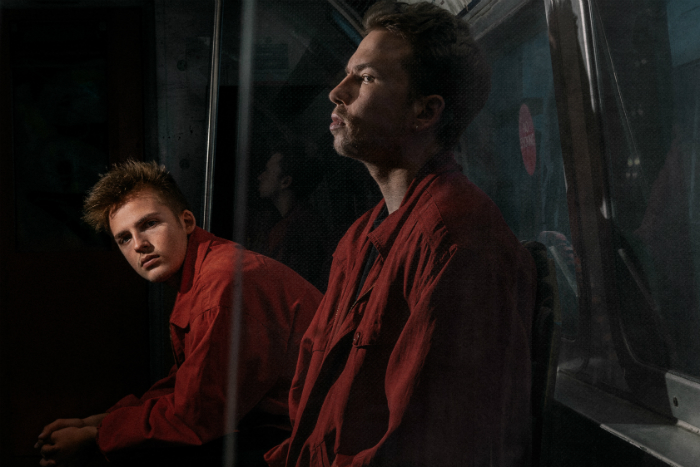 APRE have unveiled their new track Gap Year 2008 ahead of a run of dates including two gigs in Manchester supporting Sea Girls at Gorilla and headlining Jimmys.

The London duo have released Gap Year 2008 as part of the third in a trilogy of introductory EPs following The Movement Of Time and Drum Machines Killed Music.

Speaking about the track, the band explain that Gap Year 2008 “is about getting away from reality to find yourself, but realising you were better off where you were.”

Charlie and Jules – co-vocalists, co-producers, multi-instrumentalists – were no strangers to making music individually, but it wasn’t until Sue who ran a backroom West London chess club they were part of suggested that they hook up that the unique sound and relationship of APRE started to fuse together. “She knew that we shared the love of the same thing (everything from Foals and Mystery Jets to Tear For Fears and The Police)”, explains Charlie, which lead to creating music together – an exercise in escape, “the fun side, where we could go and truly be ourselves.”

The release comes ahead of run of dates for APRE who will perform two gigs in Manchester.  They will support Sea Girls at Gorilla and then headline at Jimmys.

When do APRE perform in Manchester?

APRE will perform two gigs in Manchester, supporting Sea Girls at Gorilla on 5 March and then headlining Jimmys on 1 April 2019.